Teaching With Art in the Hood’s New Bernstein Center 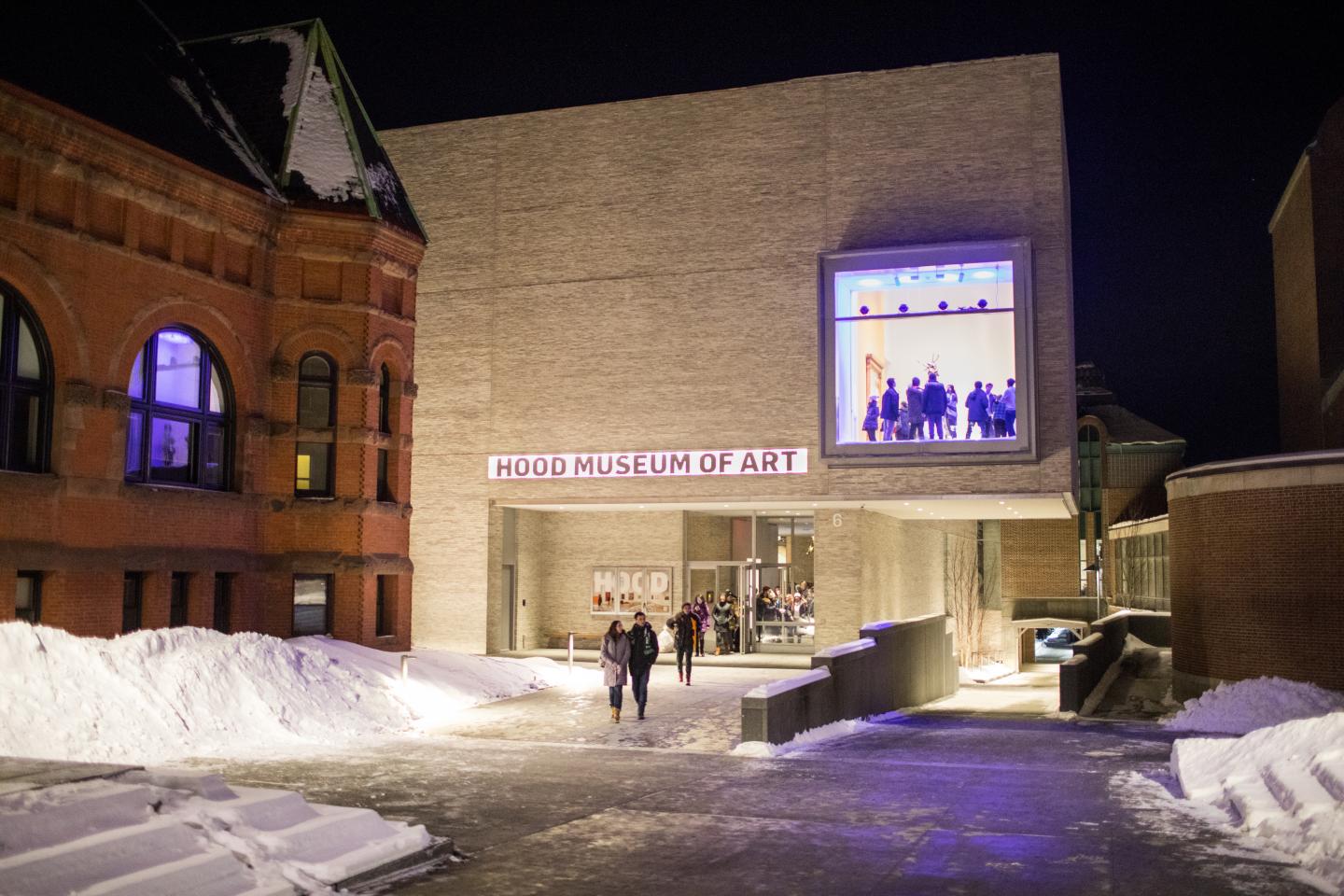 On any given day, the Hood Museum of Art’s Bernstein Center for Object Study is a busy place.

Over a two-week period this past winter, for instance, the center hosted, among other classes, a first-year seminar on ecopsychology, in which students spent the afternoon analyzing the emotional and intellectual impact of depictions of climate change and industrialized landscapes; anthropology students looking at firsthand examples of how contemporary Australian aboriginal artists represent culture and changing landscapes in their work; and a course on Japanese woodblock prints, in which students examined works from the Hood’s permanent collection—and made recommendations for what the museum should acquire next.

"It’s a microcosm of what Dartmouth wants learning to be.”

- Amelia Kahl ’01, associate curator of academic programming at the Hood Museum of Art

For each of these classes—and dozens more like them throughout the year, in disciplines that run the gamut from medicine and engineering to geography and women’s, gender, and sexuality studies—the Hood staff curates “mini-exhibitions” tailored to the specific learning goals of the day.

“It’s incredible, especially with the student access it allows,” says Billy Gano ’22, who visited the Bernstein Center with his ecopsychology class.

Another member of the class, Devanshi Udeshi ’22 describes the session as “eye-opening. I learned a lot in a short amount of time.”

The Bernstein Center is a part of the Hood most members of the public will never see, but John Stomberg, the Virginia Rice Kelsey 1961s Director of the Hood, calls it part of “the beating heart” of the expanded and renovated museum, which reopened in January after three years of construction.

The new center, accessible from the museum’s new entrance in the Russo Atrium, can accommodate three classes at a time in three state-of-the art object study rooms. It is central to fulfilling the Hood’s teaching mission, Stomberg says. In the center’s first term, faculty from nearly two dozen departments requested use of it.

Amelia Kahl ’01, the Hood’s associate curator of academic programming, leads many class sessions in the center and helps faculty select items from among the Hood’s collection of 65,000 objects to use in their teaching.

“It’s wonderful to have a space that is so open and welcoming,” Kahl says.

“It’s front and center in the museum—it really shows the institution’s commitment to this kind of teaching and learning.”

And the spaces, she says, are “just beautiful. We have slats for hanging framed works, we have ample counter space for sculpture. And what’s particularly special about using objects at the Hood is that all the different media and time periods can come out for a single class—works on paper, sculpture, we can bring out whatever is needed.”

Some courses use the Bernstein Center for a single session. But the center can also support more sustained encounters with art—in fact, it has the capacity to be the sole classroom for at least one class per term, Kahl says.

“The Bernstein Center makes a big difference for a course like Japanese prints,” Hockley says. “I can bring prints out that I showed the week before to compare with the ones I’m showing this week. Students can be in front of the art for longer periods of time, and their engagement with art can be far deeper than it would be. There’s time for students just to ponder the art and ask questions.”

Understanding the Japanese print tradition requires developing connoisseurship, he says. “It’s necessary for students to really examine things like paper and the condition of the print itself, because the actual materiality of the object tells us a whole lot. And you can’t do that with PowerPoint slides. You just can’t get that level of engagement in a normal lecture class.”

Austin Zaelke ’19, a double major in history and economics major, says, “I wanted to take this class on Japanese prints because I wanted to experience a class in the Hood. We can actually see the pieces that are in the collection.”

“It’s a very direct engagement with the art,” says Emmanuel Akosah ’19. “Having this class in the Hood is a huge resource.”

“I want students and faculty to know that the Bernstein Center is a place for learning, exploration, and discovery,” Kahl says. “It’s a place where you can experience objects and think deeply about them, and that’s exciting. I think it’s a microcosm of what Dartmouth wants learning to be.”

By Hannah Silverstein, who can be reached at hannah.silverstein@dartmouth.edu. 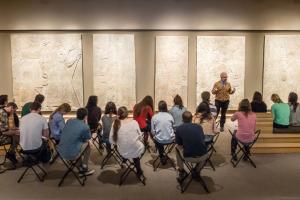 Friends of the Hood Museum of Art 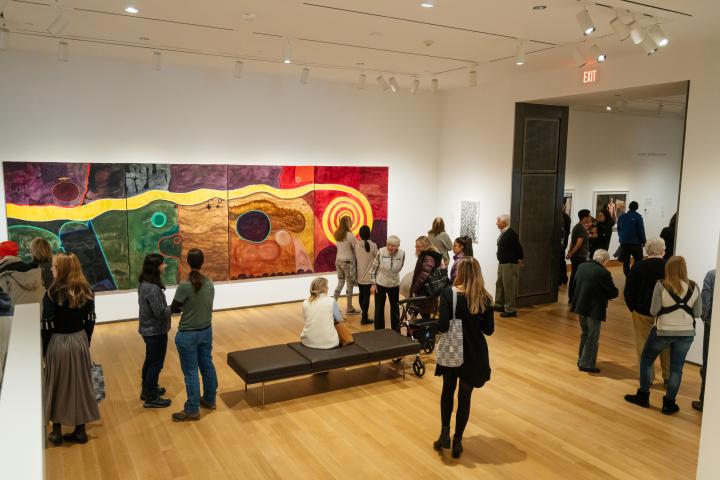 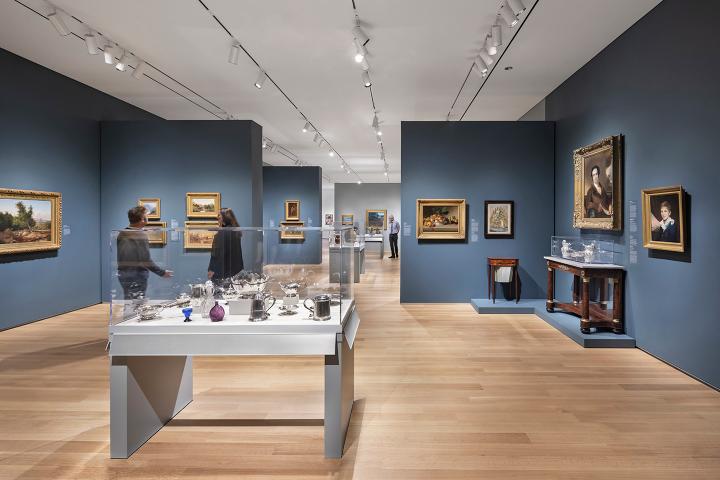