A Groundswell of Involvement Never Seen Before

Alumnae are leading in every facet of The Call to Lead—planning, giving, volunteering—and driving change that will benefit Dartmouth students for generations 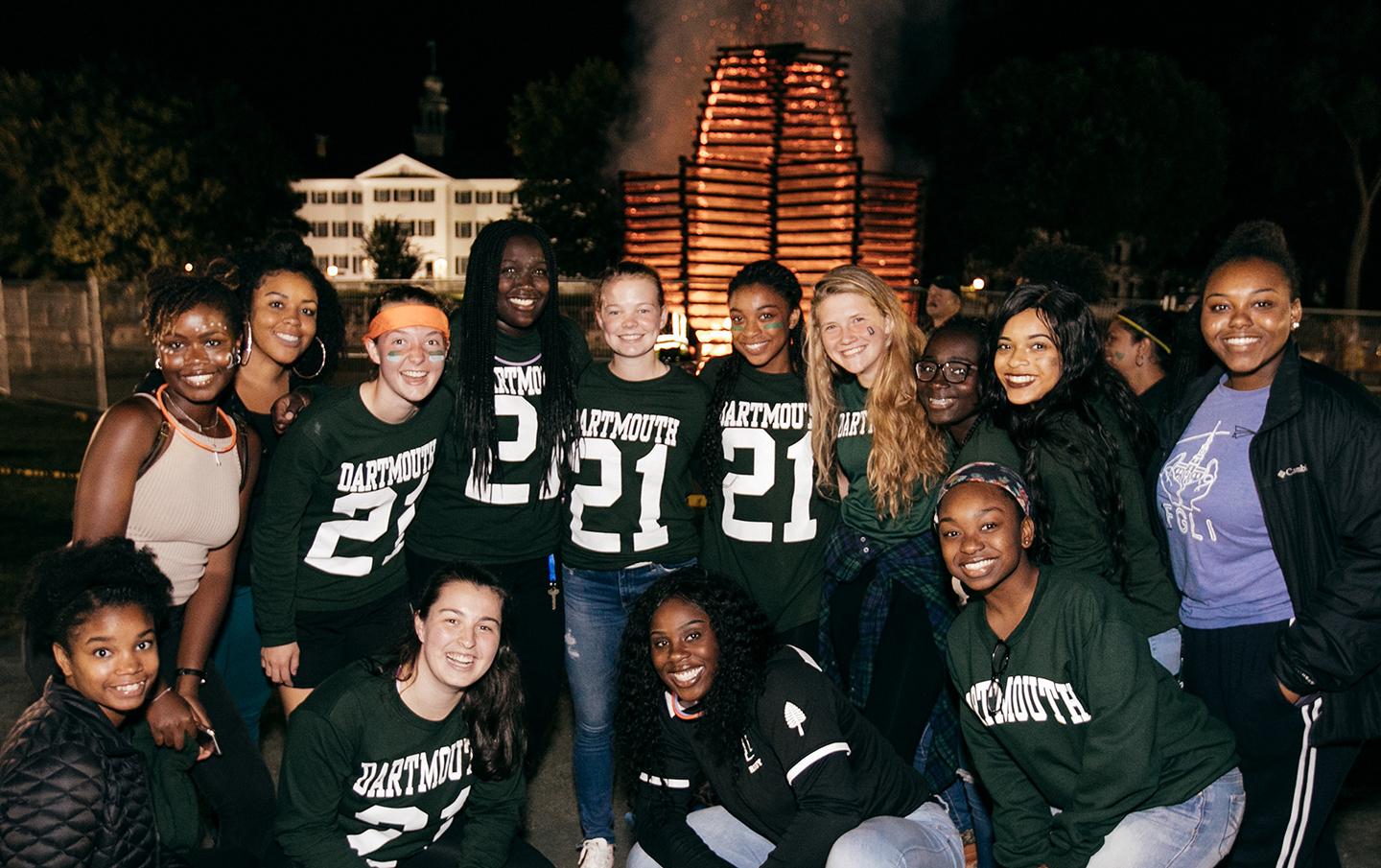 Comprehensive campaigns can change institutions of higher education in multiple ways—establishing academic programs, constructing buildings, expanding new student life opportunities. There’s no question that The Call to Lead campaign is doing all of that.

But campaigns can do even more. They sometimes transform the very way an institution operates, how it plans for the future, and who has a seat at the table when big decisions are being made. Having seized the opportunity to redefine women’s philanthropy during the campaign, Dartmouth women today have multiple seats at the table.

“The moon, the stars, and the sun have aligned in a moment in time with this campaign. We’re seeing a groundswell of alumnae support and involvement the likes of which we have not seen before,” says Leslie Dahl ’85, a member of the Campaign Executive Committee.

“International Women’s Day, March 8, is a great day to reflect on the contributions of women to The Call to Lead campaign,” says Robin Bryson Reynolds ’91, also a member of the Campaign Executive Committee. “ 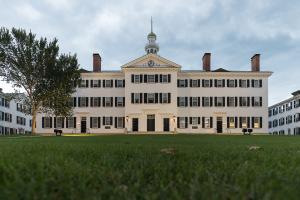 Give to Dartmouth Hall

We are making Dartmouth history! Join the alumnae-led initiative to renovate Dartmouth Hall for the next generation of students. 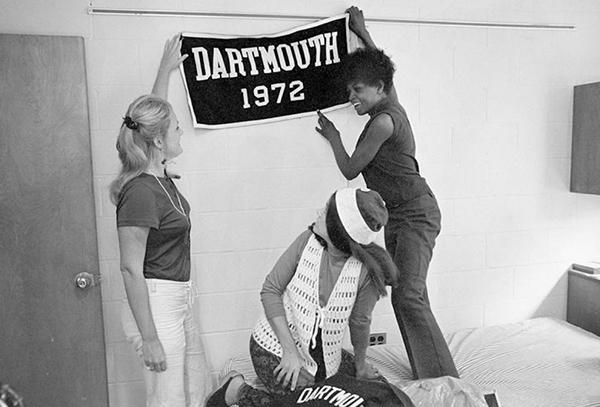 “As one of the women ‘pioneers,’

I attended Dartmouth in my senior year, 1969–70, when Dartmouth was still an all-male college. I’m a proud adopted member of the Class of 1970, and I’m glad to be a part of Dartmouth women’s contribution to The Call to Lead.”

Dahl and Reynolds both noted that women are now playing an outsized role in the governance of Dartmouth: women comprise 34 percent of Dartmouth’s total alumni population and account for 40 percent of board members across the campus. More than half of the campaign cochairs are women, and each of the nine regional campaign committee has a female cochair.

“Women are deeply involved in the leadership of the Campaign Executive Committee and the Board of Trustees—right up to the top, with Laurel Richie, the board chair, who has so eloquently communicated our collective purpose,” says Reynolds. 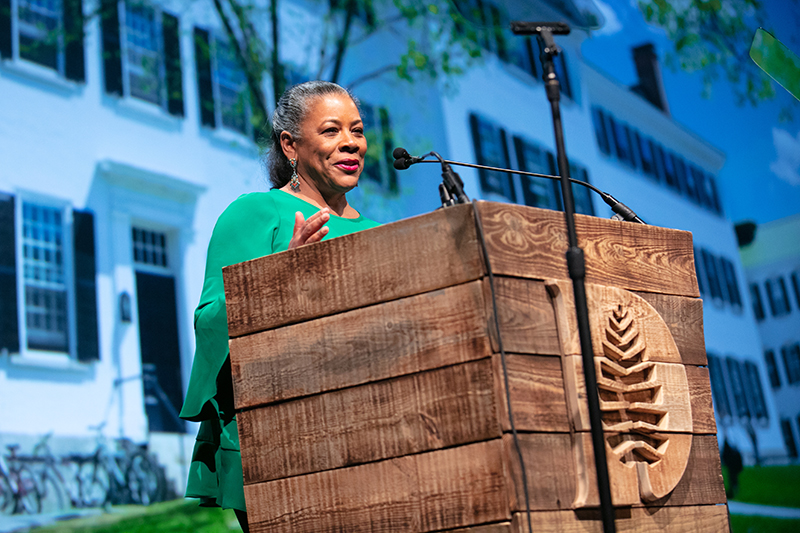 “I want to be a part of a greater legacy of women. And a few years from now, I want to know I was a part of paying that legacy forward.”

Dahl says women truly became full partners in The Call to Lead following the stellar achievements of the Centennial Circle of Dartmouth Alumnae, established by alumnae to honor the 100th anniversary of the Dartmouth College Fund (DCF) and provide scholarship support through annual giving. While the initial goal for the Centennial Circle was to attract 100 members, each giving at least $100,000 to financial aid through the DCF or another annual fund, the group has grown to 260 members.

The Centennial Circle was the first of three high-profile, alumnae-led campaign initiatives that have put Dartmouth women at the forefront of a national shift in women’s philanthropy in higher education.

“Alumnae have always played a major role in the Dartmouth College Fund, so it’s appropriate that the first of the major alumnae initiatives, the Centennial Circle, grew out of the DCF,” says Reynolds. “That set the stage for the other two alumnae-led initiatives—one broad-based, to expand participation, and the other encouraging leadership investments.”

Alumnae leaders set a target of 100 women donors committing $1 million or more to Dartmouth through The Call to Lead—a particularly ambitious goal, given that four women made gifts at that level in the previous campaign. Currently, 78 women have made commitments of at least $1 million.

“I give because I was lucky to attend Dartmouth with amazing women. I believe in education as a fundamental building block in our success. This gift is in honor of the women who came before me and the women who will come to Dartmouth after me.”

Alumnae are championing the renovation of Dartmouth Hall, the historic heart of the College’s academic experience—setting an original target of securing $25 million toward the initiative. In November, Trustee Emerita Denise Dupré ’80 pledged $5 million to the renovation project once 1,000 alumnae made a gift of any size toward Dartmouth Hall, and women responded by making more than 1,300 gifts—ranging from $10 to $1 million—in the following three weeks to meet the challenge and achieve the $25-million fundraising goal.

In February, alumnae leaders raised the participation target to 2,500 women giving to the Dartmouth Hall project.

“What’s been so motivating about this campaign—and in particular the alumnae initiatives in this campaign—is its inclusivity,” says Dahl. Whether making a gift of any size to the renovation of Dartmouth Hall or pledging $1 million, alumnae at all levels have actively participated in the campaign.

One example: Inspired by the Centennial Circle, 27 women from the Class of 2014 joined together to successfully fund a one-year, $50,000 scholarship to benefit one scholar.

“At this point, we’re 27 or 28 years old, so we’re just getting into a place where we are comfortable with giving,” says Amber Porter ’14, participation chair for her class. “As someone who was able to attend Dartmouth thanks to financial aid, I am always aware that the privilege of attending comes through the generosity of others. It influences my decisions every day.”

Give Now to Dartmouth Hall

“Coming together with other women of Dartmouth to revitalize such a central and iconic building on campus is a privilege. May this building become a welcoming space for an ever-widening and diverse group of Dartmouth scholars.”

More Opportunities Than She Ever Imagined

Grateful for the scholarship support she has received, this first-generation student is having a life-changing experience at Dartmouth

Bonnie An Henderson talks about leadership and her path to medicine 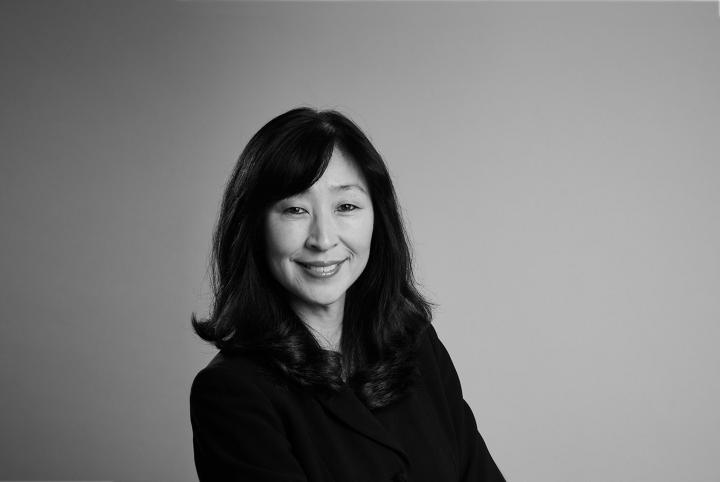