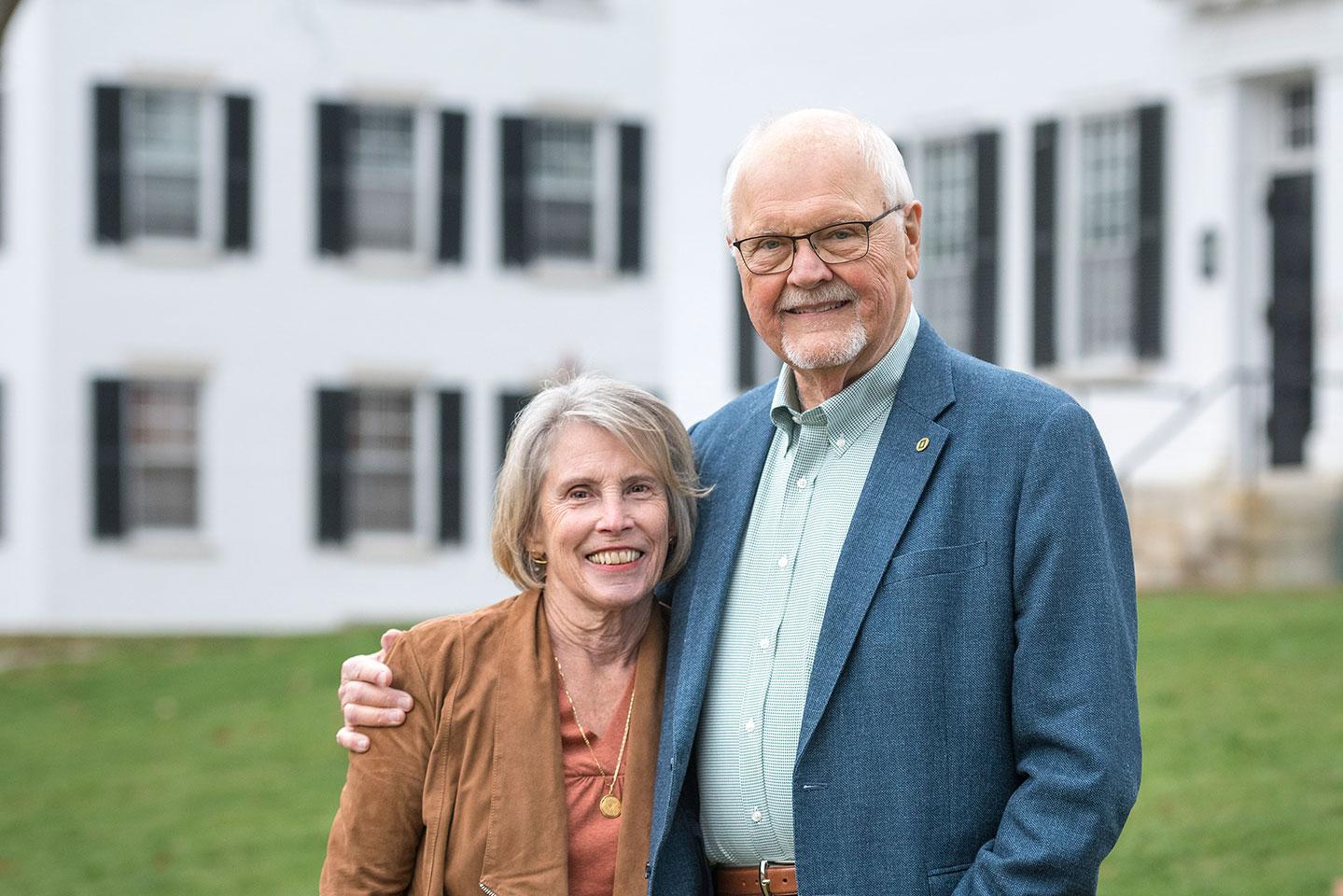 Dartmouth announces the creation of the Susan and James Wright Center for the Study of Computation and Just Communities, an academic center dedicated to researching and advancing democratic, equitable societies through the use of computational techniques and innovations.

Named in honor of President Emeritus James Wright and Susan DeBevoise Wright, the center is made possible by a $15.5 million gift from Sally and William H. Neukom ’64, chair emeritus of the Dartmouth Board of Trustees, former general counsel for Microsoft, former president of the American Bar Association (ABA), and a passionate advocate for democratic governance across the globe.

The Neukoms’ gift to establish the Wright Center allows Dartmouth to intensify its focus on understanding the role of computation in informing essential questions about good governance, human rights, and the relationship between governments and the governed.

Using tools such as computer simulations, machine learning, artificial intelligence, and complex statistical analysis, initiatives supported by the center will explore a broad range of topics, many of which expose the double-edged sword of computational advances in the public and governmental sphere. The topics will include:

Broader areas of study will include how technological advances are transforming the marketplace, the environment, and the breadth of economic and educational opportunity. Issues and questions of interest related to democratic values and human rights will span the arts, humanities, social sciences, and sciences.

“The Susan and James Wright Center for the Study of Computation and Just Communities will expand our understanding of the multifaceted relationship between the individual and government and how technology can be harnessed to benefit entire societies,” says President Philip J. Hanlon ’77.

“With our long tradition of computer science excellence and our commitment to interdisciplinary research, Dartmouth is set to be an international leader in this emerging field of scholarship.” 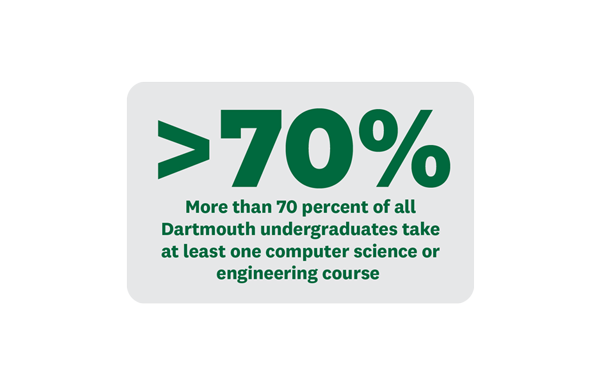 Establishment of the Wright Center comes at a time when computation is expanding and accelerating research in nearly all disciplines at Dartmouth and student interest in technology is skyrocketing.

To meet this burgeoning interest, Dartmouth is creating in the West End of campus a crossroads of learning about technology and computing within its renowned liberal-arts experience, enabling every undergraduate to take courses in computer science and engineering. 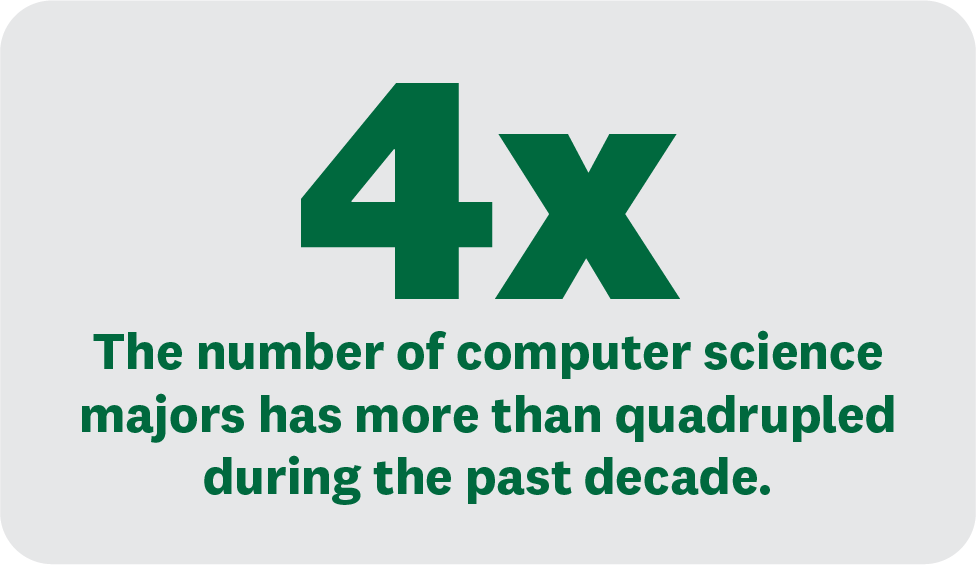 The Neukoms’ gift to establish the Wright Center is the third major investment they’ve made to further computational science at Dartmouth. In 2004, they established the William H. Neukom Institute for Computational Science to encourage the interdisciplinary application of computational science to study a wide range of phenomena across the liberal arts. That original gift endowed the institute directorship and created the Neukom Fellows program, one of the premier postdoctoral programs in the United States.

Nine years later, they funded the William H. Neukom Academic Cluster in Computational Science to recruit three faculty members and expand the boundaries of knowledge in the fields of physical and life sciences, engineering, and medicine.

The Wright Center, which will be located in the Haldeman Center, will be a key component of the Neukom Institute. With this most recent gift, the Neukoms’ charitable support of computational science scholarship at Dartmouth exceeds $45 million.

“This latest gift is a wonderful integration of Sally and Bill’s passions, which are Dartmouth, bringing about a better world, and dedicating the resources to achieve that,”

says Professor Dan Rockmore, the William H. Neukom 1964 Distinguished Professor of Computational Science and director of the Neukom Institute. “Applying advanced computational science to improve the well-being of people around the world harkens back to President John Kemeny, who was not only a pioneer in personal computing, but also a keen supporter of the United World Federalists, and as such believed computing should be democratized and available to all and for the benefit of all.”

Elements of the $15.5 million gift to realize Dartmouth’s vision for the Neukom Institute, now featuring the Wright Center, include endowing these positions, which, says William Neukom, will provide a critical mass for the institute:

Neukom said his early years as a lawyer in Seattle sparked his deep desire for just, democratic communities that embrace the rule of law.

“I had the opportunity to represent minority and other progressive organizations, and my practice included some civil rights and criminal law work. I had exposure to the inequities of life, especially for marginalized members of the community,” he says. “Later, when I worked for Microsoft and traveled around the world, I saw inequities in many developing countries that were so stark and at such a huge scale.”

As an ABA presidential initiative, Neukom established the World Justice Project (WJP), a nongovernmental organization that has developed metrics and quantitative methods to analyze the rule of law globally. The WJP has identified four attributes that define a rule of law regime: government accountability; just, stable laws that are applied evenly; open, fair, and efficient government; and an ethical, independent, and accessible justice system. The WJP spun out of the ABA in 2009 and became an independent not-for-profit organization.

“In my nearly 25 years at Microsoft, I saw how personal computers and our software made people better informed, more efficient and more productive, and even made their lives fuller. The power of computing inspired me to establish the institute, and now I’m trying to bring more computational resources to the cause of the rule of law,” he says.

An Expansion of Research Into Abuses and Rights

Several Neukom Fellows—postdoctoral scholars who use computational methods and novel data sources to tackle complex topics—have conducted research related to civil, democratic communities over the past 16 years, and they’re bringing their research into the classroom. The Wright Center will be a catalyst for expanding research and curricular opportunities.

Acting as an organizing forum, the center will also promote public programs and seek out direct connections with other universities and NGOs, including the WJP. Plans are underway for a summer workshop that will give scholars from a range of fields an introduction to the techniques and challenges that underlie this work.

“A Challenge and a Means”

President Emeritus Wright said he and his wife are deeply honored to have the center named in their honor.

“Our world needs institutions such as Dartmouth enriching our understanding of what constitutes, enables, and protects a ‘just community.’ These are exciting, crucial questions,” he says. “We are eager to see the power of this gift. It properly provides a challenge and a means rather than a product or an answer. Susan and I are confident there will be robust responses from Dartmouth faculty and students to this challenge, and we look forward to helping advance the center’s scholarship.”

Wright, the Eleazar Wheelock Professor Emeritus of History, served as Dartmouth’s 16th president. A Marine Corps veteran, he received his undergraduate degree from Wisconsin State University-Platteville, earned his master’s and doctoral degrees in American history from the University of Wisconsin at Madison, and joined the Dartmouth faculty in 1969. His teaching and research focused on American political history and the history of the American West. He served as dean of the Faculty of Arts and Sciences, provost, and acting president before becoming president in 1998, a position he held for 11 years.

Wright has been a tireless advocate for veterans and expanding educational opportunities for those who have served their nation in uniform. He led the creation and funding of a new educational counseling program for wounded U.S. veterans and helped to draft language for the Yellow Ribbon Program in 2008.

Susan DeBevoise Wright, who received her undergraduate degree from Vassar and a master’s in education from Stanford, held a variety of positions at Dartmouth over three decades. Among them, she directed the Montgomery Fellows Program, was the first coordinator of the Mellon Mays Undergraduate Fellowship Program and the Presidential Scholars Program, directed the graduate advising program, and served as an assistant dean of the College.

For many years, she has been an advocate for several local civic organizations, including the United Way of the Upper Valley and the Norris Cotton Cancer Center. She is a docent at the Hood Museum of Art and served on the Colby-Sawyer College Board of Trustees and the Board of Directors of New Hampshire Humanities. 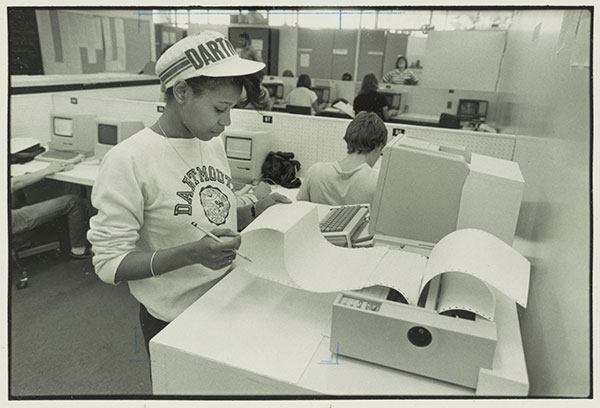 Establishing the Wright Center is the latest in eight decades of computer science innovation and leadership at Dartmouth, beginning in the 1940s, when the College demonstrated the first remote access to a digital computer. In 1955, Dartmouth mathematician John McCarthy coined the term “artificial intelligence” and hosted a summer conference on the subject. Professors Kemeny and Thomas Kurtz made groundbreaking advancements with their creation of the computer language BASIC and the Dartmouth Time-Sharing System.

In the 1980s, Dartmouth developed one of the first collegiate email systems in the nation. BlitzMail connected the entire student population to a campus-wide network by 1988.

Dartmouth is currently constructing a 160,000-square-foot building that will house the Department of Computer Science, the Magnuson Center for Entrepreneurship, and a significant expansion of Thayer School of Engineering. The Center for Engineering and Computer Science will foster interdisciplinary, inter-school, and intergenerational collaboration among departments and schools.

William Neukom, who received his law degree from Stanford, was a partner in the Seattle law firm of Bill Gates Sr., the father of the co-founder of Microsoft. Neukom began advising the software company in 1978, and formally joined it in 1985. As Microsoft’s general counsel and chief legal officer, he managed the company’s legal, government-affairs, and philanthropic activities. From an initial team of five, he built one of the most respected corporate law departments in the country, with a staff of more than 600. He received the 2020 ABA Medal for distinguished service to the cause of American jurisprudence.

In recognition of his service to Dartmouth and to society, Dartmouth awarded him an honorary degree in 2015. The Neukoms reside in Seattle. 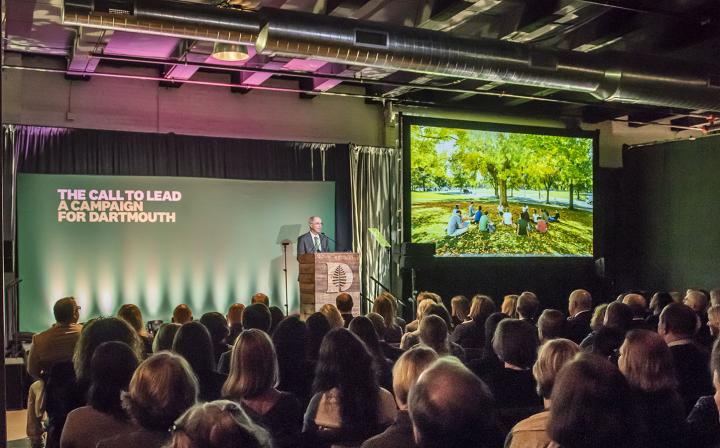 Already a dynamic addition to Dartmouth, the Irving Institute will fuel even more interdisciplinary collaboration in its new building 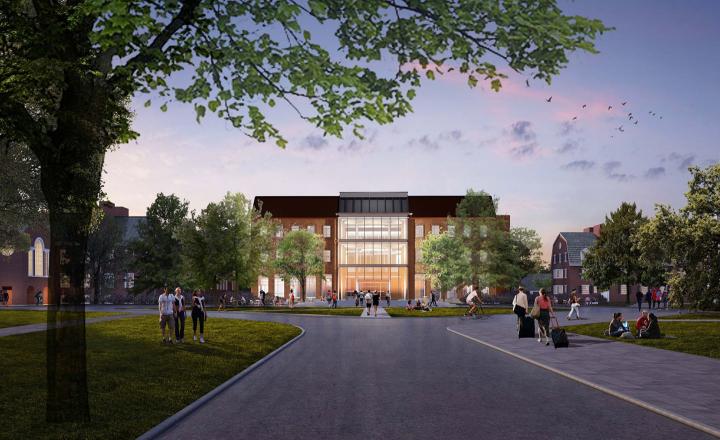