Celebrating 60 Years of the Hopkins Center for the Arts 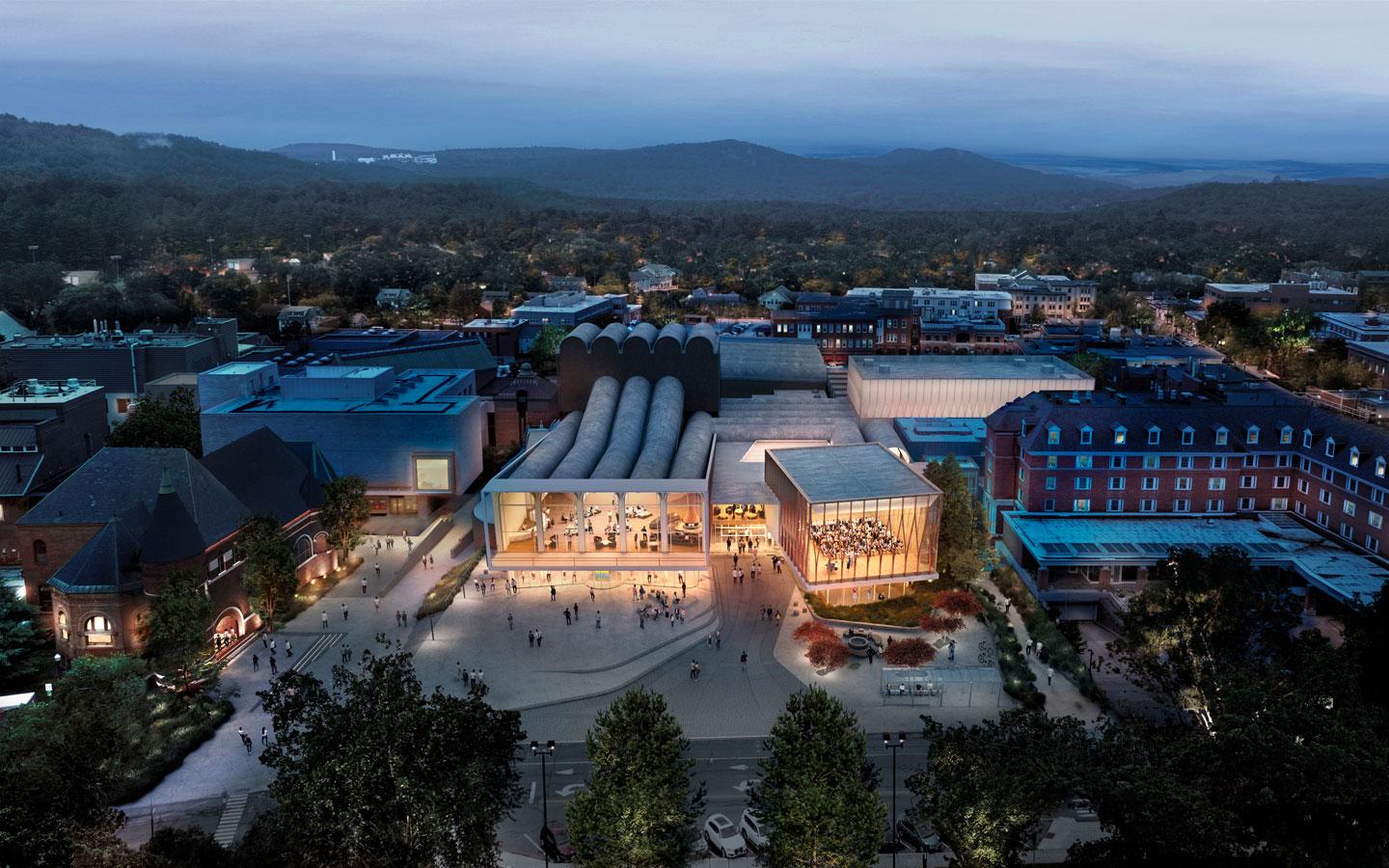 In early November, Dartmouth celebrated the 60th anniversary of the Hopkins Center for the Arts, a hub of student life and the performing arts that is about to undergo its first-ever major renovation and expansion. When the iconic building reopens in 2025, the reimagined Hop will be ready to fully serve future generations of students, faculty, artists, and performers.

When the Hopkins Center made its debut in the 1960s, The New York Times covered its dedication and reported on the excitement of a university placing all its arts programs in a single building with glass-lined corridors “enabling passersby to view work in progress.” Since then, the Hop has been recognized as one of the finest collegiate arts centers in the nation, which has provided artistic opportunities for thousands of students.

“The Hopkins Center really prepares students for life because ultimately being creative is such an important skill and trying to find the connections and connect the dots between different ideas is what I learned at Dartmouth and especially at the Hopkins Center."

For actress, playwright, and activist Carene Rose Mekertichyan ’16, the Hop offered opportunities for her to learn all aspects of theater: "At the Hop, acting was my focus, but I was able to do dramaturgy and stage management and take technical production and costume design courses. In my current work, I find theater companies want to bring me back again and again because I am a well-rounded theatre artist.”

Steve Rooks ’77, chair of dance at Vassar College, describes how discovering dance at the Hop changed his life: “I saw the Dance Theatre of Harlem at the Hop and it was a whole world that I never knew existed. As an African-American male, seeing these amazing dancers in a predominantly African American company perform, was powerful. I credit Dartmouth to being the place where it all began for me.”

Renovation and expansion project is a turning point for the Hop

The Hop’s anniversary also marked a major turning point in the building’s life. Dartmouth is undertaking an $82 million, 70,000-square-foot renovation and expansion of the Hop, gaining the capacity for all students to substantively engage with the arts. This historic renovation of the Hopkins Center will inspire and enable the creation of ambitious cross-disciplinary, multimedia work; strengthen Dartmouth’s ability to attract students and world-class faculty passionate about the arts; and act as a nexus for community-building and creative experiences for all.

“The Hop is where students meet and bond through the common interests in the arts, even though they have very different backgrounds and are pursuing all kinds of paths.”

The project builds on the Hop’s strength to bring diverse people together to experience the arts. Hear more alumni and students share why the Hop is so meaningful in “Why Do You Love the Hop?”

New spaces in the renovated Hop will include a state-of-the-art performance lab, a dance studio, a recital hall, and a renovated exterior plaza and forum.

During the renovations, the Hop is planning a wide range of new initiatives and programming, with inventive offerings across campus, the Upper Valley, and beyond. Student ensembles will perform in Rollins Chapel, the Church of Christ, and innovative spaces around campus. The music and theater departments will move temporarily to Sudikoff Hall, which will provide spaces for rehearsal and collaboration. The Black Family Visual Arts Center will continue hosting Hop films, public talks, and student workshops.

“With this reimagining, our mission is to fully realize the centrality of the Hop to campus life,” says Mary Lou Aleskie, the Howard L. Gilman ’44 Director of the Hop. “We want to encourage all students to venture in and explore the world of creation and, no matter their major, make creativity a core component of their Dartmouth experience.”