“Your Values Define You as a Leader in an Ambiguous World”

Elyse Allan talks about Dartmouth friendships, skills she learned for life, and a leader’s need for a moral compass. 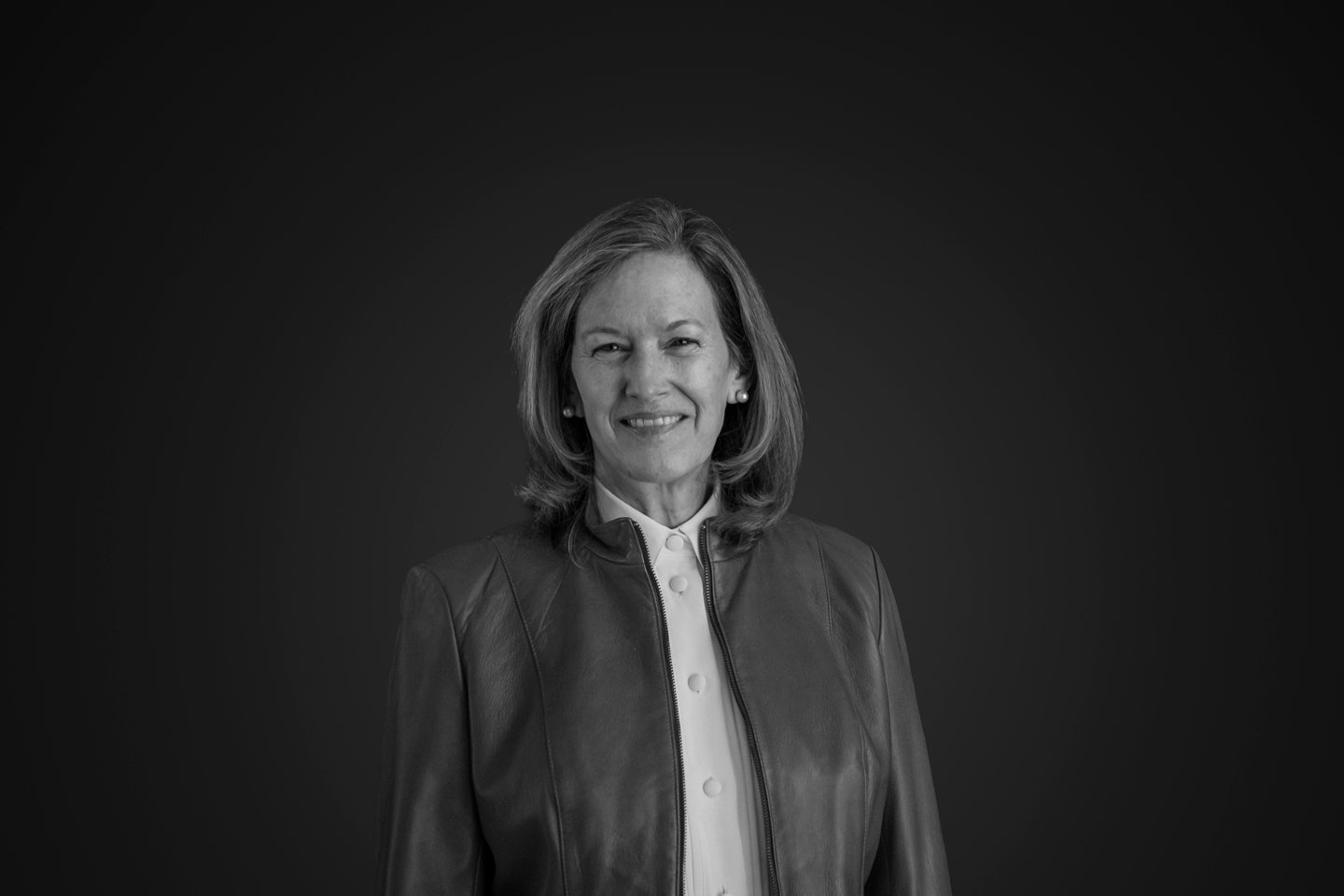 Elyse Allan ’79 Tu’84 P’14 served as vice president of General Electric and president and CEO of GE Canada from 2004 to 2018, overseeing a multi-billion-dollar technology, manufacturing, and financial services company with locations across the country.Elyse arrived at Dartmouth in the fall of 1975 expecting to pursue a career in medicine. A health policy internship at the medical school ignited a lifelong interest in health care economics and policy and steered her career in another direction. Today she is vice chair of Ontario Health, a government agency that is overhauling health care delivery in Canada’s largest province. Elyse serves on the boards of the global firms Brookfield Asset Management and Westinghouse Electric. She also chairs the Tuck School Board of Advisors. She and her husband, Don Allan Tu’84 P’14, split their time between homes in Toronto and Hanover.

A couple of factors attracted me to Dartmouth. I loved the sciences, and I thought I might be a doctor or a vet, and Dartmouth had this great medical school that was strong on family practice. Dartmouth’s requirement that even if you were a pre-med you would take courses in the arts, humanities, and social sciences also appealed to me given my broad interests.

I grew up 42 minutes by train outside New York City and I had never been hiking or camping. When I came up to visit Dartmouth, I was in awe of the beauty of the area. Here was this wonderful town where you had the campus immersed in the community. I still remember buying my first set of downhill skis during my freshman winter and going to the golf course. Those hills were like mountains!

So many memories have stayed with me. I was in the Glee Club, and I remember standing in front of Dartmouth Hall, singing during Homecoming Weekend on a beautiful fall night. It was unforgettable. We were celebrating life and celebrating Dartmouth, respecting old traditions and starting new ones. 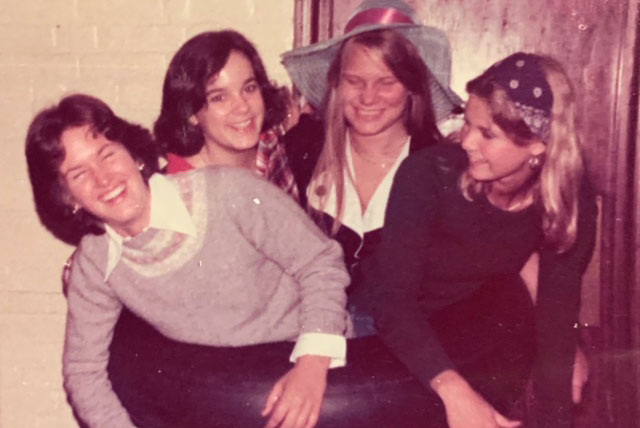 Four first-year students from the Class of ’79 take a break from their studies; from left: Elyse Allan, Margi Hall Pence, Pat Pannell, and Carol Neitz Mondschein

I still keep in touch with girlfriends I met as a freshman. A group of us gathered in New York for the football game against Princeton at Yankee Stadium, and I hadn’t seen some of them in years. We had a great time. That’s what’s amazing about my Dartmouth friendships: It was as if we had just seen one another the day before. The same is true for the great Class of ’79. The camaraderie is outstanding. 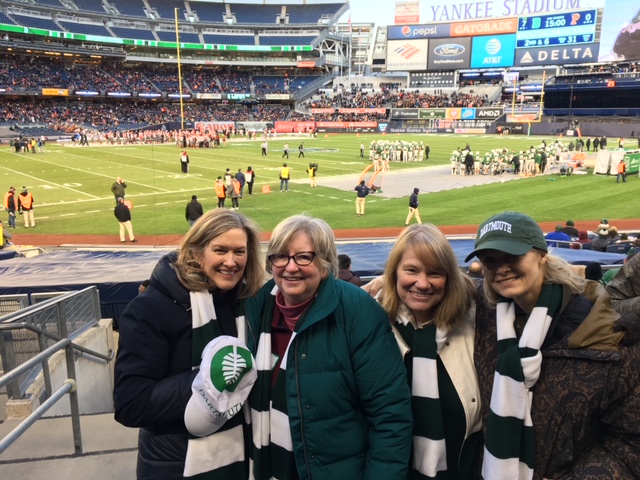 The scientific method of thinking that I learned at Dartmouth has guided me throughout my career. The ability to create hypotheses, then develop the evidence to test and substantiate or change your hypotheses has applications everywhere.

The same is true of the systems-thinking skills I learned from Dana Meadows in the Environmental Studies Program. I believe that was the first time Dartmouth offered a program around the idea of computer-modeling system sustainability, and I found the approach intriguing and challenging. This concept helped me appreciate, understand, and measure the many factors that comprise and influence a complex system. Through my experiences at Dartmouth and later Tuck, I also gained tremendous insights on the value of interdisciplinary approaches to problem-solve in those complex systems. I have used these insights throughout my GE career and in my work shaping public policy.

As a leader in a world filled with uncertainty, you need confidence and you need to know your values. Your values define you as a leader in an ambiguous world, and they make you wiser and more effective. In my role at GE, I appreciated the importance of having a moral compass to help guide each of us and our teams through the decisions and judgment calls that we encountered daily. I developed a better understanding of my own moral compass, in great part from the honor principle that was so strongly imparted on us at Dartmouth. Authenticity, integrity, respect: these values that I hold dear were shared by so many at the College—and by the institution itself. 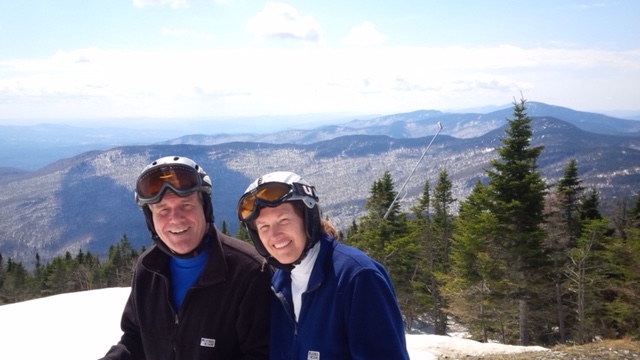 I met Don on my first day at Tuck. He was Canadian and said “out” and about” in a very weird way. When we agreed to get married, we weren’t sure where we’d live. After graduating, he eventually returned to Canada, and I was in the States. I had been with General Electric and had just left to join a group of GE guys to do a leveraged buyout. Then I received a call from someone at GE who said, “We hear you’re engaged to a Canadian. We could use you in Canada. Would you consider coming back to GE?” That was fortuitous.

You think you can learn more about the country you are from by leaving it. When I first moved to Canada, I was surprised at how little Americans knew about our northerly neighbor and largest trading partner. I also appreciated how Canadians tended to be good listeners. Maybe it’s because I grew up in a New York family where everybody talked fast and over one another, but I found that Canadian leaders showed more patience for you to finish your idea.

My passion for working on health care issues has never waned. I’ve served on organizations such as the arthritis society and I’ve chaired a hospital board. I’m now on the board of Ontario Health, which has merged 21 separate entities into one integrated agency that oversees most of the health system and its funding in Ontario.

All of this has given me insights into where public policy and the actual operations of health care intersect. It’s easy for health care to become politicized—on both sides of the border—which doesn’t always lead to the best decision-making. It’s an extremely complex topic, and nobody is doing it perfectly. That said, one of the benefits of Canada’s health care system is how it encourages prevention and enables equal access. If people can get health concerns checked early, the patient outcome is better and the cost to all of us is considerably less.

To this day, Dartmouth remains central to what I’m doing. I’m still referencing the work of Jack Wennberg, founder of The Dartmouth Institute, staying in touch with Mike Zubkoff, one my professors, using the systems concepts I learned from Dana Meadows, and applying the interdisciplinary approach to tackling big challenges that is the hallmark of Dartmouth and Tuck. It all comes around again.