“Trust is earned by the work you do, not the words you say” 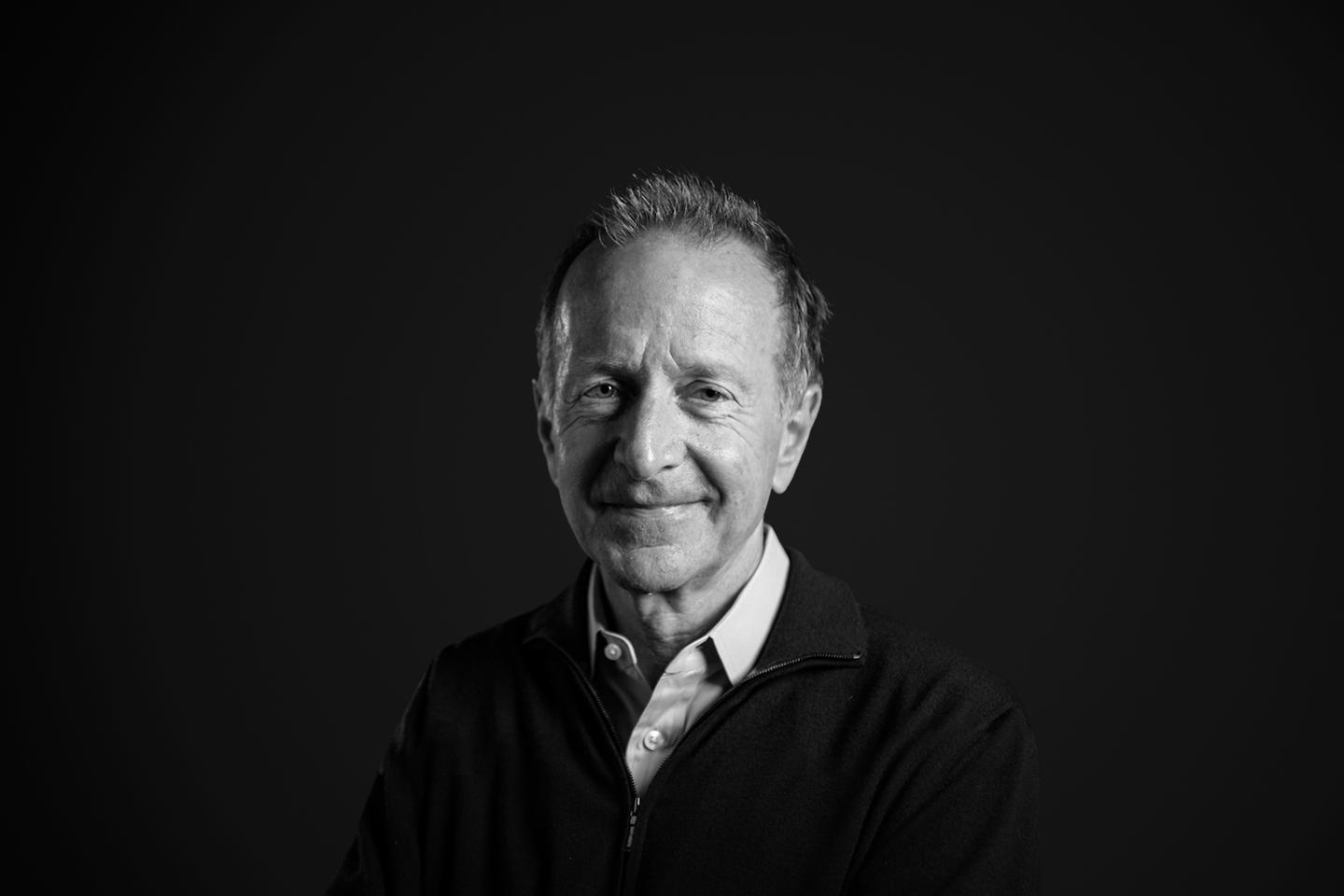 Austin Beutner ’82 P’19,’25, a successful business leader and public servant, is stepping down as superintendent of the Los Angeles Unified School District on June 30.

Son of a factory worker and schoolteacher, Austin came to Dartmouth from Grand Rapids, Michigan, majored in economics, and joined Smith Barney after graduation. He later moved to the Blackstone Group, where, at age 29, he became the youngest partner in the firm’s history.

During the Clinton Administration, Austin was involved in U.S. efforts to help Russia transition to a market economy. He returned to the U.S. to cofound Evercore Partners, one of the world’s leading independent financial services firms. After recovering from serious injuries sustained in a mountain biking accident, Austin shifted gears to public service in Los Angeles, culminating with the challenge of leading the nation’s second largest school district, where more than 80 percent of students are from families who live in poverty, through the pandemic.

A College With a Community Feel

Most graduates from my high school went to what were then known as the Big Three—Chrysler, Ford, and GM—or one of the many state universities in Michigan. I was looking for a college with a community feel, a place with engaged teachers and a challenging academic experience. Dartmouth was that and much more.

One great example of the Dartmouth community was Professor Colin Campbell, who was a brilliant man and my thesis advisor. He and his lovely wife lived near campus, and most Sunday afternoons I would go to their house to join them for a glass of lemonade and to talk about my work. They were two of the kindest people I’ve known, and he was one the best critical thinkers about economics I’ve ever met.

I wasn’t a club president or team captain at Dartmouth. But leadership is also about having the humility to know there’s probably someone in the room smarter than you, listening to others, applying critical thinking to understand issues, and collaborating to solve problems. Those soft skills are every bit as important as being a team captain.

When I graduated, both of my roommates were going to New York, one to work in advertising and the other in finance, so I thought I would tag along. I interviewed for a Wall Street job though I had never been in a bank before. The only financial institution I’d known was the teachers credit union where my mom had a passbook savings account. It was 1982, and the previous decade for Wall Street had not been good, but the tide was turning. I got there at the right time. I worked hard and, like many, the harder I worked the luckier I got.

The Next Chapter: Giving Back

I had a serious mountain biking accident in 2007. While I was recovering from a number of surgeries, including the placement of an artificial disk in my neck, I decided the next chapter for me would be about giving back. Not just as a philanthropist or engaged board member of a nonprofit, but actually doing the work to make a difference for others in the community I lived in.

I stepped down from Evercore and volunteered to become the first deputy mayor of Los Angeles, overseeing operations of the nation’s largest public utility, largest port, and second largest airport, as well as public housing and services to people experiencing homelessness.

I served for a time as Publisher and CEO of The Los Angeles Times and The San Diego Union Tribune. Journalism is a critical part of a functioning democracy and acts as the civic conscience for society. I pushed for investing more in journalism, but the owners wanted to shrink the newsroom. I wouldn’t preside over actions that I believed would destroy the institution and exited stage left.

Shortly thereafter, I was asked to chair a task force of community leaders and provide advice to the then-superintendent of Los Angeles Unified, who, sadly, became ill and had to step down from her work. When the school board started looking for her successor, I raised my hand.

Major challenges lay ahead, including regaining the trust of the families served by our schools and of school employees while addressing the lack of adequate funding in California for public schools. When I became superintendent, only about a quarter of families thought schools were going in the right direction, and now about three quarters do. We’ve changed people’s attitudes by working to make schools better. Trust is earned by the work you do, not the words you say. 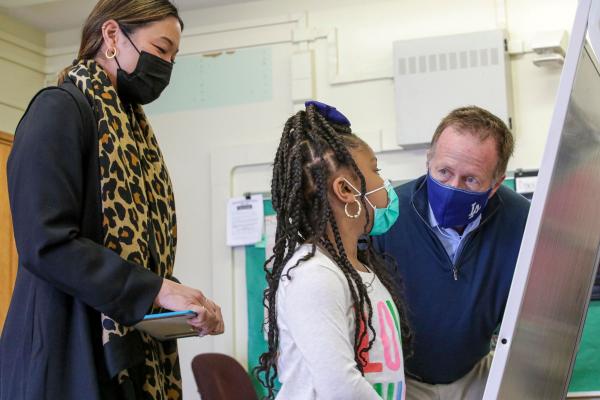 I wasn’t a club president or team captain at Dartmouth. But leadership is also about having the humility to know there’s probably someone in the room smarter than you, listening to others, applying critical thinking to understand issues, and collaborating to solve problems. Those soft skills are every bit as important as being a team captain.

In early March 2020, the board gave me emergency authority to respond to COVID-19. From my conversations with scientists across the U.S. and around the world, I understood we had crossed a tipping point and the virus was no longer controllable. Soon thereafter, I closed schools before any guidance had been issued by state or local health authorities. Our actions saved lives.

Because so many children rely on our schools for food each day, we established what became the largest food relief effort in our nation’s history. We provided 140 million meals to hungry children and adults, no questions asked, along with 40 million items of much-needed supplies, including diapers and baby wipes.

We made sure half a million children had the computers and internet access they needed to stay connected with their school community and continue learning. We realized we couldn’t get computers into the hands of our students fast enough, so we worked with PBS to create student-centered learning shows that started airing on the first day schools were closed, an initiative subsequently adopted by schools and PBS affiliates in 30 other states.

We set up the nation’s largest school-based effort to provide COVID tests and vaccinations to students, staff, and their families. We did not stop for one day as we felt the sense of community and connectedness that students needed was essential.

It’s been a year and a half of 15-hour days, seven days a week. People often say I’m surprisingly calm in tough situations, a skill developed during my undergraduate days. You get a lot thrown at you at Dartmouth, and you learn not to lose your head. I’m fortunate to be part of a mission-driven organization. People who work in education want to help children and their families, and that’s what we’ve done each and every day during this crisis.

I have served as Superintendent for three years, and the time to pass the baton is while it’s going well—and it is going well. Los Angeles Unified is well on the path to recovery with safe school environments, record school funding, renewed trust and collaboration with the families we serve, and a demonstrated ability to help students achieve dramatically better outcomes.

June 30 is my last day. On July 1, the other 85,999 school district employees will be the same people doing the same great job they were doing the day before.

I’m not sure what’s next but I don’t idle well. I’m going to continue to try to find a way to make a difference for others. I’ve had more than my fair share of good fortune, and at each step along the way I’ve been able to be involved in something I could have never dreamed possible. I owe a lot to my own great public education and my time and education at Dartmouth.

An introductory video to Austin’s final State of Schools address summarizes the school district’s achievement during the past 18 months. Beutner is now focused on helping children gain access to eye care via mobile clinics through his organization, Vision to Learn.