Laura Sims champions long-form journalism in the world of podcasts. 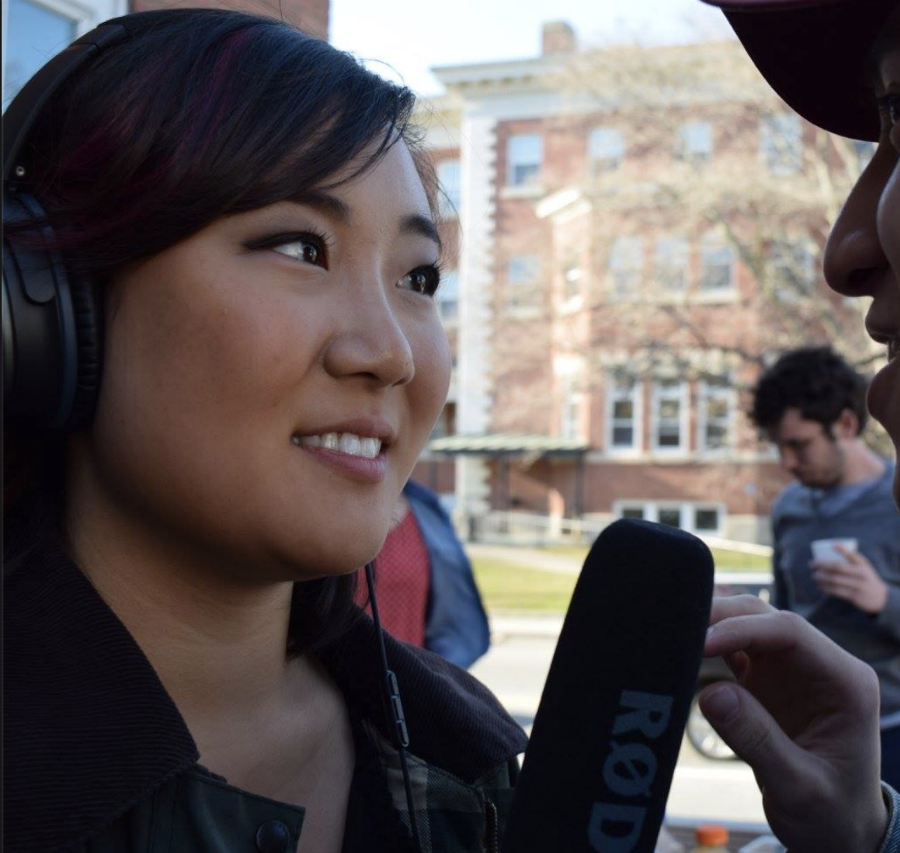 Laura Sim ’16 is an associate producer for Crimetown, a podcast series from Gimlet Media and the creators of HBO’s The Jinx, that investigates the culture of crime in a different American city each season. The Dartmouth English major lives in New York, and you can learn more about her and her work online at LauraSim.com.

This Dartmouth Life was a podcast you started while you were an undergraduate, featuring the stories of students and their feelings on topics like home, storytelling, and even those other students that you run into on campus but never formally meet. How did This Dartmouth Life and Dartmouth help you get you start in podcasting?

I cringe a little, thinking back to the first pieces I ever produced for TDL, because they were such fledgling efforts (and by that, I mean they were bad). When I started a podcast at Dartmouth, I wasn’t doing it for a byline, or for a resume, or even for money, and I was doing it all on my own. Even though I had friends helping me, I didn’t have access to a community of experienced reporters or producers who could provide feedback. And in that way, my time producing radio at Dartmouth was the first and probably last time I’ll approach radio in such a pure and experimental light—I didn’t care what my competitors were doing (because there were none!), I wasn’t beholden to a formal editor or senior producer, and again, there wasn’t a paycheck, or the prospect of a career ahead (yet!). And the joy of feeling around in the dark, fueled only by the love I have for public radio and podcasts, was the best start I could have imagined for my career.

During my senior year, I wrote a thesis on race in radio and podcasts while also interning for a Radiotopia show called Millennial and freelancing on the side. Professor Alexis Jetter’s journalism class really helped me get started. I also got really, really lucky. I don’t take that bit for granted.

In a world where so much media is found in short clips and sound bites, why is it important to have long-form journalism, like full-length podcasts?

I love this question. It comes down to asking your listeners for their patience and their trust. Throughout the course of a highly produced, narrative piece—ranging between 20 minutes to an hour—we as producers work hard to constantly surprise our listeners and tug at their heartstrings. And in return, we ask the listeners for their attention and their trust that we’re going to take them on a narrative journey, where maybe the resolution isn’t what they thought it’d be, or maybe there’s no resolution at all.

I hone in the range between 20 minutes to an hour because so much can happen in that window of time. You can develop character. Incorporate context. Build surprise. And feel real emotion.

You’ve already helped produce podcasts on a number of different topics, from Dartmouth culture and life as a 20-something today to debt in America and organized crime. If you could create your own podcast about anything, what topic would you want to cover?

One time, a reporter asked Ira Glass, host of This American Life, what his dream episode would be. And the question just stumped him, because the concept of a “dream episode” didn’t make sense. To Ira, if you have a story you want to make, then just go make it.

And that really resonated with me, and made me ask myself, why not approach my work the same way? I’m currently playing with the idea of a series on Robert Moses—a city planner of old New York who had a tremendous effect on the city’s growth, as well as its decay. When you take a stroll around New York City, you can quite literally see this guy’s work all around you from public parks, to highways, to massive housing complexes. And while these projects sound innocuous enough, they displaced hundreds of thousands of low-income families and small businesses, many of which never recovered. Some even say that New York City is a less efficient and less beautiful place to live because of Robert Moses. It’s funny how goodwill can transform into something else with just a little bit of power and a platform to stand on.