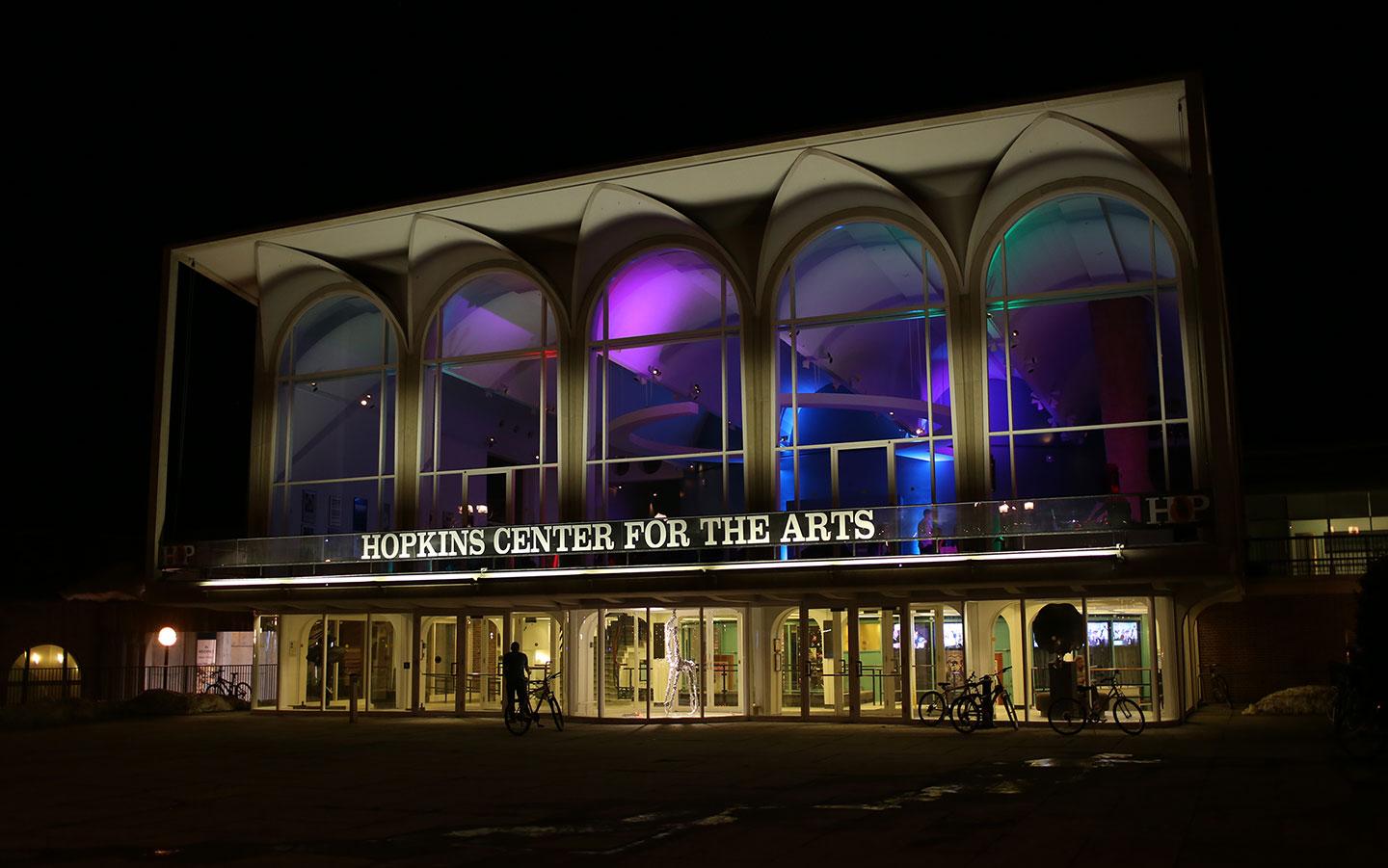 Dartmouth today announced that it has selected the renowned design practice Snøhetta to lead the expansion and redesign of its Hopkins Center for the Arts. Since its opening in 1962, as the first major university-based center in the U.S. to unite the arts under a single roof, the Hopkins Center has been recognized for its groundbreaking approach to arts education and the presentation of performances by leading and emerging talents across creative disciplines.

The project is part of Dartmouth’s expansive re-imagining of the Hop’s arts programs, which will encourage even more ambitious and varied creativity. While the Hop has long been recognized for bringing an incredible range of artists to our community, with the expansion and redesign of our facilities, Dartmouth will be able to more fully support the production of new works across dance, theater, music, film and more. This vision will make the Hop a hub for experimentation and invention among students, faculty, and visiting artists from around the globe, fueling new collaborations and inventions.

Dartmouth plans to raise approximately $75 million for the Hop project, with $70 million earmarked for design, construction, and other related development costs and $5 million dedicated to programmatic growth. Early enthusiasm for the project has led to $25 million of the goal having been reached to date.

The Hop, originally designed by modernist Wallace K. Harrison, lives within Dartmouth’s Arts District which also includes the Black Family Visual Arts Center, completed in 2012 by Machado Silvetti, and the Hood Museum of Art, redesigned by Tod Williams and Billie Tsien Architects in 2019. Dartmouth selected Snøhetta for the Hop project because of their extensive experience in honoring historic architecture and seamlessly merging it with forward-looking design. Snøhetta’s expertise in creating dynamic relationships between interior and exterior spaces and with existing built and natural landscapes was equally important to the decision.

The re-imagining of the Hop marks a new milestone in Dartmouth’s decade-long, more than $180 million investment in its Arts District and is also part of The Call to Lead campaign.

“The Hop has long served as a leader in the arts, bringing the voices of an incredible range of artists to our region and cultivating an academic experience that positions creativity at its core. As we look to the future, we are committed to establishing new spaces and opportunities that will enable artistic ideas to flourish and be realized within our community,” said Mary Lou Aleskie, the Howard L. Gilman ’44 Director of the Hopkins Center for the Arts. “We are excited to embark on this project with Snøhetta, whose experience, knowledge, and enthusiasm make them an ideal partner.”

Design Priorities for the Future

Snøhetta’s singular vision has led to tremendous success with such notable cultural projects as the Isabel Bader Centre for the Performing Arts in Kingston, Ontario, the Calgary Central Library, the San Francisco Museum of Modern Art expansion, the National September 11 Memorial Museum Pavilion, and the upcoming Theodore Roosevelt Presidential Library.

In active collaboration with Dartmouth leadership, Snøhetta will develop plans to expand the Hop’s existing physical footprint and enhance the flow and function of interior and exterior spaces. Among Dartmouth’s particular design priorities are the:

· Incorporation of state-of-the-art technologies that will allow the Hop to document, share, and broadcast Dartmouth-originated works across the world;

· Enhancements to community, social, and study spaces, including the beloved Top of the Hop;

· Introduction of a new, more welcoming entry for ease of arrival and orientation

Equally important to the project is understanding and engaging environment and history. Snøhetta is recognized for its expertise in creating new spaces within existing contexts, invigorating and celebrating the best of what is already there. This approach will honor the Hop’s original architecture, while establishing new design synergies within and across the expansion as well as with the other buildings in the Arts District and the broader campus landscape.

The Hop’s Creative Legacy and Program

When it opened nearly six decades ago, the Hop created a new model for a university arts center, bringing together multiple creative disciplines under a single roof to foster newfound collaborative work.

Today, it is continuing to engage with the most relevant issues of our era. Most recently, this has included the launch of a three-year collaboration with Dance Theatre of Harlem, which will expand experiential learning opportunities in dance and academic scholarship and focus on conversations about race, activism, and equity in and through the arts. The Hop is also producing, with co-commissioning by Stanford Live, The Ritual of Breath is the Rite to Resist, an interactive opera-theater experience.

The upcoming expansion and reimagining of the Hop will further catalyze such ambitious projects and provide new and versatile spaces for the growing artistic demands of Dartmouth students and visiting artists.

“We aspire for every Dartmouth graduate to be an imaginative thinker and creative leader. This makes the arts an essential aspect of any liberal arts experience. At Dartmouth, we are committed to this core vision and to engendering a love for exploration and experimentation among our students,” says President Philip J. Hanlon ’77. “The expansion of the Hop will offer a wealth of new opportunities for our students and the community well beyond.”

Support the re-imagining of the Hop