Professor Recalls His Year at Google

Andrew Campbell gained a sense of how Dartmouth training stacks up against industry needs. 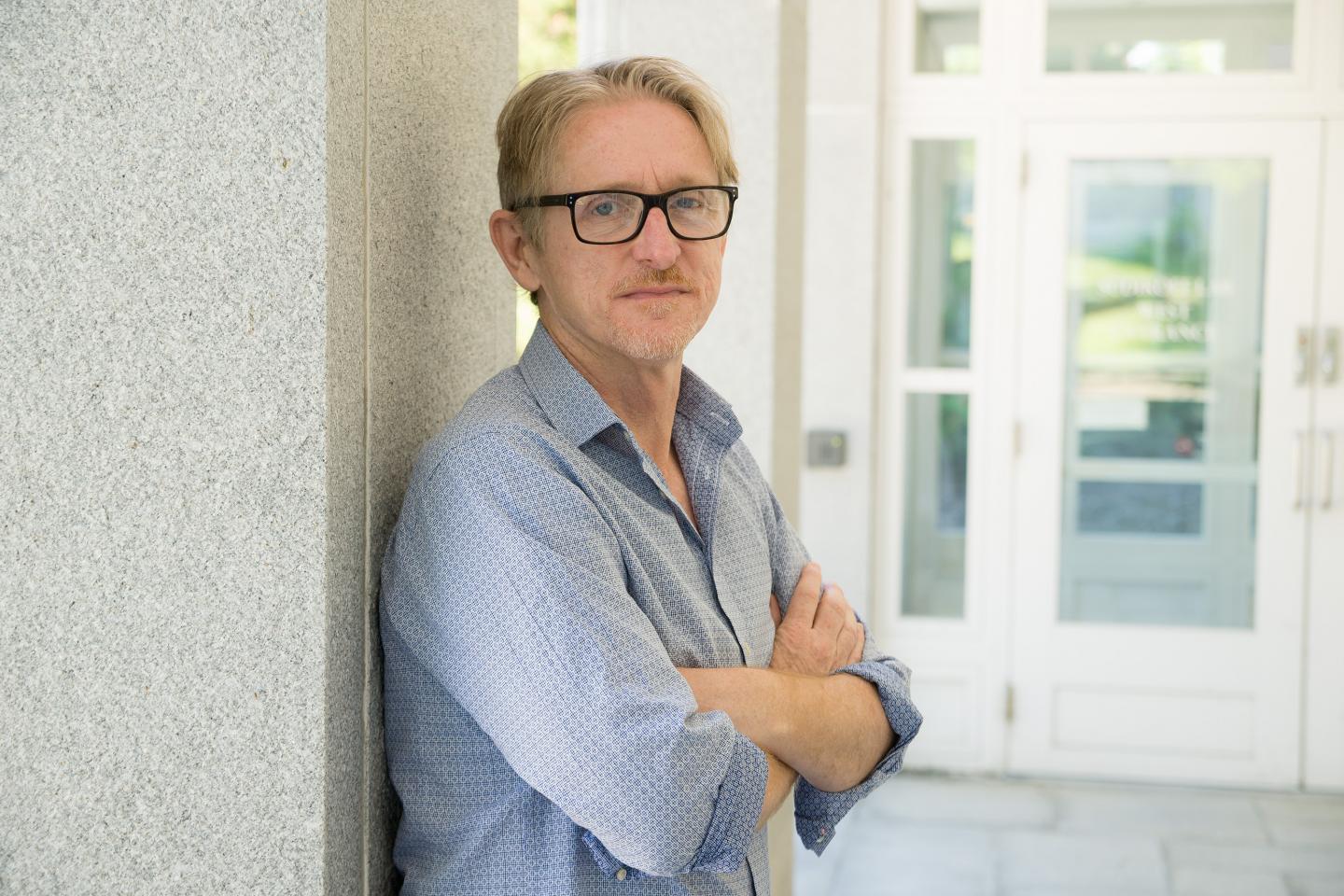 On the first day of his internship at Google’s Mountain View headquarters, Professor Andrew Campbellbumped into Yining Chen ’18, one of his Dartmouth students, now also a Google intern. He also took in a TED talk-style presentation by a former student, Barbara Wang ’11, who did her master’s thesis with Campbell.

“She was on stage with company founders Larry Page and Sergey Brin and gave a flawless talk and demonstration,” Campbell says. “I felt like a proud parent seeing a kid perform. This was the most special moment I had at Google.”

Campbell took a year’s leave from the Department of Computer Science last year to step into the fast lane at Google, writing software and looking for new ideas. He also wanted to see how Dartmouth’s computer science curriculum stacked up against the needs of industry. To do that, he took off the mantle of academia and became a software engineer again. “I got back to my roots and spent a year writing code. It was a grounding experience,” he says.

“We sit in our ivory tower, a bit disconnected from what’s going on in the real world, and I wondered how rusty we were in terms of the topics we teach and the research we do, and whether it is really relevant,” he says. What he found was both validating—many alumni now work at Google, for example—and illuminating.

“I think our computer science department does a great job in teaching the fundamentals, like the math and the algorithms because they don’t change so quickly,” he says. "But we are driven by the exponential growth of technologies. In particular, I think we have holes in our curriculum in the area of big data.”

Big data is the flood of information being generated in the sciences, business, and health care—so voluminous that it exceeds the capabilities of standard analytical methods.

“We have a very popular class for undergrads called machine learning, but we need to allow students to apply those ideas programmatically, through projects and programming assignments, and to understand how to manage and visualize data,” says Campbell.

He says there is considerable support for growth in the computer science department, including new faculty recruitment. "Strategically, we want to start building data science and its applications to big data as priority areas, and our planned physical move to the Thayer campus can lead to new synergies with engineering.”

Through Google’s visiting faculty program, Campbell spent three weeks each month in California and about a week a month closer to home, at a field office in White River Junction. “This was a good arrangement in light of the fact that I had left my wife and son here. I’m back now and I’m still married,” he quips.

At the software giant, Campbell first joined the Android group, a huge team whose units are distributed worldwide, focused on advances in mobile phones and wearables. "We were using new Google hardware and I was writing software algorithms to run on it. We wrote code and collected data, used proprietary tools to analyze and evaluate the results, and then interacted with the global team about the next steps.”

Campbell also spent time on a project with Verily Life Sciences, a Google start-up in South San Francisco. “They started a team that is looking at mental health sensing, not unlike the work I was doing here with the StudentLife app, which studies students’ mental well-being and academic performance.”

The work at Verily ultimately became his major focus. "I had greater input into the direction of the project, more than with the Android effort.”

Campbell found the Google experience exciting—and tempting. “If I were 10 or 15 years younger, the prospect of a jump might have been more attractive,” he says. "They pay astronomical salaries and many academics have joined companies like this, but industry is driven by the idea of a product and making money and that is not what drives my research. It is much more speculative. It is difficult to do that in a company,” says Campbell. “I treasure the freedom I have at Dartmouth and its intellectual environment. I decided academia is really in my DNA.”

A year-long absence can put a strain on the resources of a department, but there is payback, Campbell says. “The College is good to allow us to do this. I think it understands the necessity of being able to step out and come back, and that we ultimately provide valuable feedback in our teaching and to the students.”

Joseph Blumberg can be reached at: Joseph.E.Blumberg@dartmouth.edu.