An Outlandish Idea That Saves Lives

In the spirit of John Sloan Dickey, Tommy Clark is tackling some of the world’s worst problems

Tommy Clark ’92 MED’01 was born in Scotland, lived in Zimbabwe from ages 13 to 15 while his father coached Highlanders FC of Bulawayo, and moved to Hanover in 1985 when his dad was named head coach of the Dartmouth men’s soccer team. An accomplished soccer player scouted by many colleges, Tommy chose Dartmouth and played all four years for his father, the legendary Bobby Clark, who later coached at Stanford and Notre Dame. Graduating as an English major, Tommy returned to Zimbabwe as AIDS was decimating that country’s population. A few years later, with a Dartmouth medical degree in hand, Tommy cofounded Grassroot Soccer, which uses the world’s most popular sport to help young people make smart decisions regarding matters such as drug use and sexual violence. With Tommy as its CEO, the nonprofit organization today has a staff of 150 and a $9 million annual budget.

Was it sometimes hard having your dad as your coach?

I believe my dad was the best coach in the country. Playing for him was amazing. But I think he was a little bit tougher on me. I was on the bench as a freshman and I thought I should be starting.

What are some of your best undergraduate memories?

The John Sloan Dickey portrait in Baker was important to me. “The world’s problems are your problems.” It pointed to the direction I would take in life. That painting is now in Rauner, and I still stop by to look at it if I’m visiting the library. And Trips was important—a great way to start my Dartmouth experience. I could tell you every single person in my group, and I still keep in touch with several of them.

Who were your mentors at Dartmouth?

My dad was number one. English Professor Blanche Gelfant taught me the value of clear thinking and clear communication, which are so important, no matter what you do. I had so many terrific mentors at the medical school it’s hard to name one without naming the whole bunch. Joe O’Donnell made me think about how we should address the underlying cause of health issues.

What leadership experiences at Dartmouth stand out?

Being a college athlete does so much to prepare you for life. You have to learn to deal with failure, because you’re going to fail in one way or another. Your team might lose, or you might play badly. There are many more ways to fail than there are to win. You have to learn how to manage failure.

Does that link to what Grassroot Soccer does?

Absolutely. The adolescent brain is very malleable. There’s nothing more important than having positive mentors, teachers, coaches, or whoever at that age.

What drew you back to Zimbabwe after graduating?

I went back to teach English, and I ended up playing for the Highlanders, the team my dad had coached. Economically, the country was in terrible shape. Worse, young people were dying in huge numbers. People I knew—teammates, fellow teachers—were dying of HIV, and nobody talked about it. Literally, during the entire year when I was in Zimbabwe in my early 20s, I didn’t have a single conversation with anyone about HIV.

How did you respond?

I started learning about HIV and AIDS, and I wondered if my team could do something. The Highlanders drew 25,000 people to a game, and everywhere I went in Bulawayo people knew who I was—and I wasn’t even one of the more famous players.

When did the idea for Grassroot Soccer take shape?

Just before I started medical school, I visited my dad and brother at Stanford, and I was able to meet Dr. Albert Bandura, an expert in behavior change and the importance of mentors and role models. He armed me with his research about changing people’s thinking and behavior. That helped solidify my thinking about using soccer as a means to prevent HIV in Bulawayo.

When did it become a reality?

I trained in pediatrics at the University of New Mexico. When I explained my vision for Grassroot Soccer to the residency director, Dr. Ben Hoffman, he gave me the green light to pursue this idea.

What were the organization’s early challenges?

I started Grassroot Soccer with a handful of friends, and none us knew anything about fundraising, governance, building boards, or data. Our annual budget was maybe $30,000 and everybody was a volunteer. Despite this, I insisted that we invest in research and data collection. We had to prove that this concept would work. We eventually published our data in a peer-reviewed health journal.

Was that a turning point?

One of my soccer teammates from Dartmouth, Andrew Shue, the Melrose Place actor, sent our paper to somebody he knew at the Gates Foundation, which led to a meeting. They were impressed that a small group with this sort of outlandish idea and almost no resources had produced this research and gotten it published. Our first-ever grant was from the Gates Foundation.

That must have given you credibility.

Yes. In addition, we had support from people in the Dartmouth community, such as Bob and Dottie King, who were like angel investors. They made a seed investment in the very early days to help us launch the organization.

Grassroot Soccer is now in 45 countries. Why has your concept worked so well?

Kids are influenced and motivated by each other and by people they perceive as cool who might be a little bit older than them and look a little bit like them. Grassroot Soccer is in the business of improving adolescents’ health by educating them in ways that are consistent with how they are motivated and think.

What’s next for the organization?

We want to work with five million kids over the next five years. Bob and Dottie King provided us with a second investment to pilot a program working with the Peace Corps. Based on that, our emphasis is now to train other people to deliver our programs. We want all of our growth to happen through partners. We’ll be more of an R&D shop.

Grassroot Soccer has reached two million children—that’s impressive for an NGO founded just a few years ago by a group of friends.

It’s a little bit like First-Year Trips. You just keep putting one foot in front of the other, and if you keep doing that enough, you’re going to make a lot of progress.

“We want to work with five million kids over the next five years.” 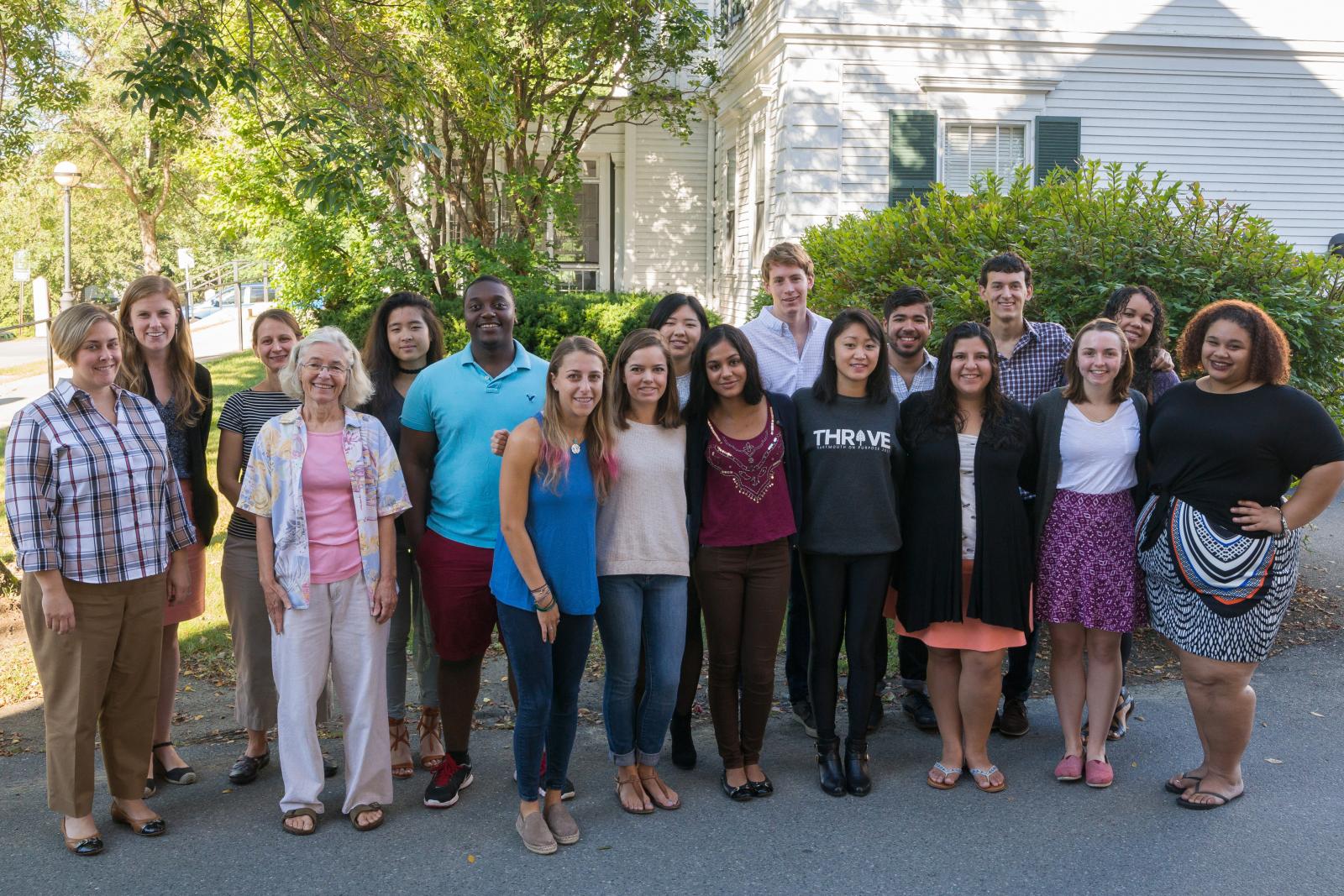