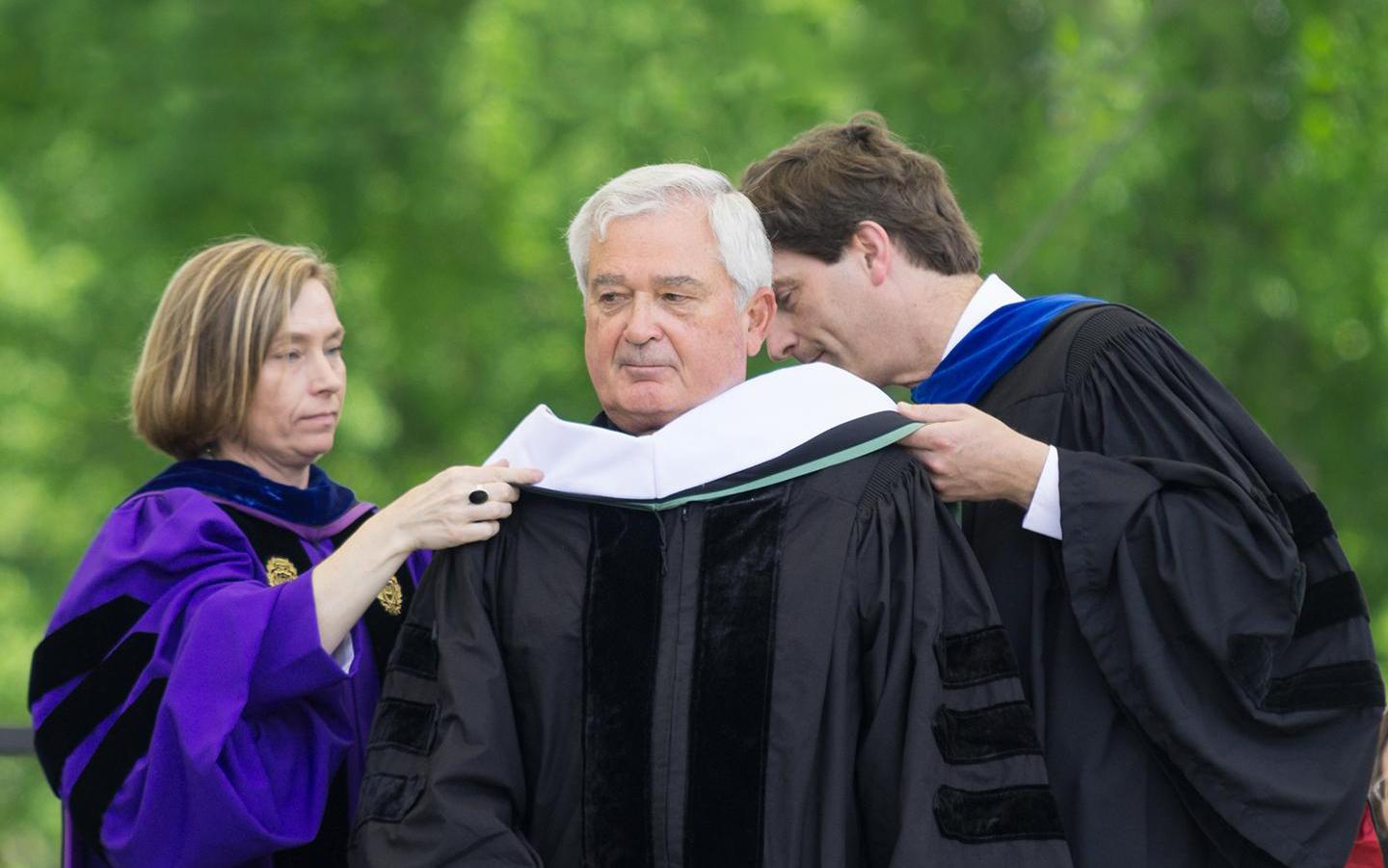 In a moment when preserving and expanding affordability and access is a pressing concern for colleges and universities everywhere, former IBM CEO Louis V. Gerstner ’63 H’13 has established a scholarship program at Dartmouth that will benefit high-achieving, low-income students with a demonstrated interest in science, technology, engineering, and math (STEM) fields.

Gerstner, a long-time advocate for education reform at the K-12 level, created the program in part because of growing economic inequality in America and the need for leaders from diverse socioeconomic backgrounds in STEM fields.

“Too many hard-working, talented teenagers do not make it to the best colleges and universities,” he says. The new scholarship program will help Dartmouth attract students who are the first in their families to attend college and offer them the opportunity to receive a distinctive liberal arts education.

Gerstner says he established the program for students with a passion in a STEM discipline because scientific knowledge provides a core competence that will benefit professionals entering most fields, but he emphasized that these students would reap far-ranging benefits beyond their major.

“When these talented scholars arrive at Dartmouth, they’ll have double riches waiting for them,” he says. “They’ll have the opportunity to explore STEM subjects in a liberal arts environment and enhance their abilities in areas such as deep thinking, communications, historical understanding, and writing. You can’t find a better education.”

President Philip J. Hanlon ’77 thanked Gerstner for believing in the potential of the students who will be named Louis V. Gerstner Jr. Scholars. “All minds must be brought to bear on the global challenges of tomorrow and our young people offer great hope to that end. We know talent is equally distributed among young people across all income levels. However, the social inequities that influence educational opportunity are steeper than ever,” says President Hanlon. “Lou Gerstner exemplifies not only the kind of leader that a Dartmouth education can produce but also our finest human values in creating opportunity. We are honored by his intentions to do this at Dartmouth for a new generation.”

Gerstner says the scholars’ path to Dartmouth may be similar to his own experience as a first-generation college student from a Long Island family of modest economic means. A chance encounter with an alumnus led him to Dartmouth. The alumnus mailed a Dartmouth application to Gerstner after their brief meeting; Gerstner completed and mailed the application, and then forgot about it. He had accepted admission to another university when he received a letter from Dartmouth offering a superior financial aid package, more than twice what the other school had offered.

“Both my mother and father worked every day, and they remortgaged their house multiple times so my three brothers and I could attend college. When Dartmouth offered me this financial aid, there was no question that I had to take it,” he says. “My story illustrates that there are highly motivated people out there. Colleges need to find them and attract them. My path to Dartmouth led me to do something that reflects not only my passion about the problem of inequality but also my own experience.”

“I would tell the scholars supported by this program that Dartmouth offers a unique opportunity to explore, understand, and increase your knowledge of math, science, engineering, including the unfolding wonder of biology in our new world of genomics—and at the same time broaden your knowledge of the liberal arts,” he says. “I loved my courses in psychology, French, and music, even though I can’t sing a note.”

After Dartmouth, Gerstner earned an MBA at Harvard Business School, graduating as a Baker Scholar. He began his career at McKinsey and was soon named the youngest principal in the company’s history. After serving as a senior executive at American Express and CEO of RJR Nabisco, he became chief executive of IBM in 1993 and received international recognition for transforming the company over the following decade.

In recognition of his efforts on behalf of public education, as well as his business accomplishments, Gerstner was awarded the designation of honorary Knight of the British Empire by Queen Elizabeth II in 2011. Dartmouth awarded an honorary degree to him in 2013. 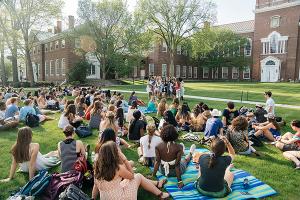