Bianca Smith ’12, the first Black woman to coach professional baseball, on leading by example and her intrinsic drive towards excellence 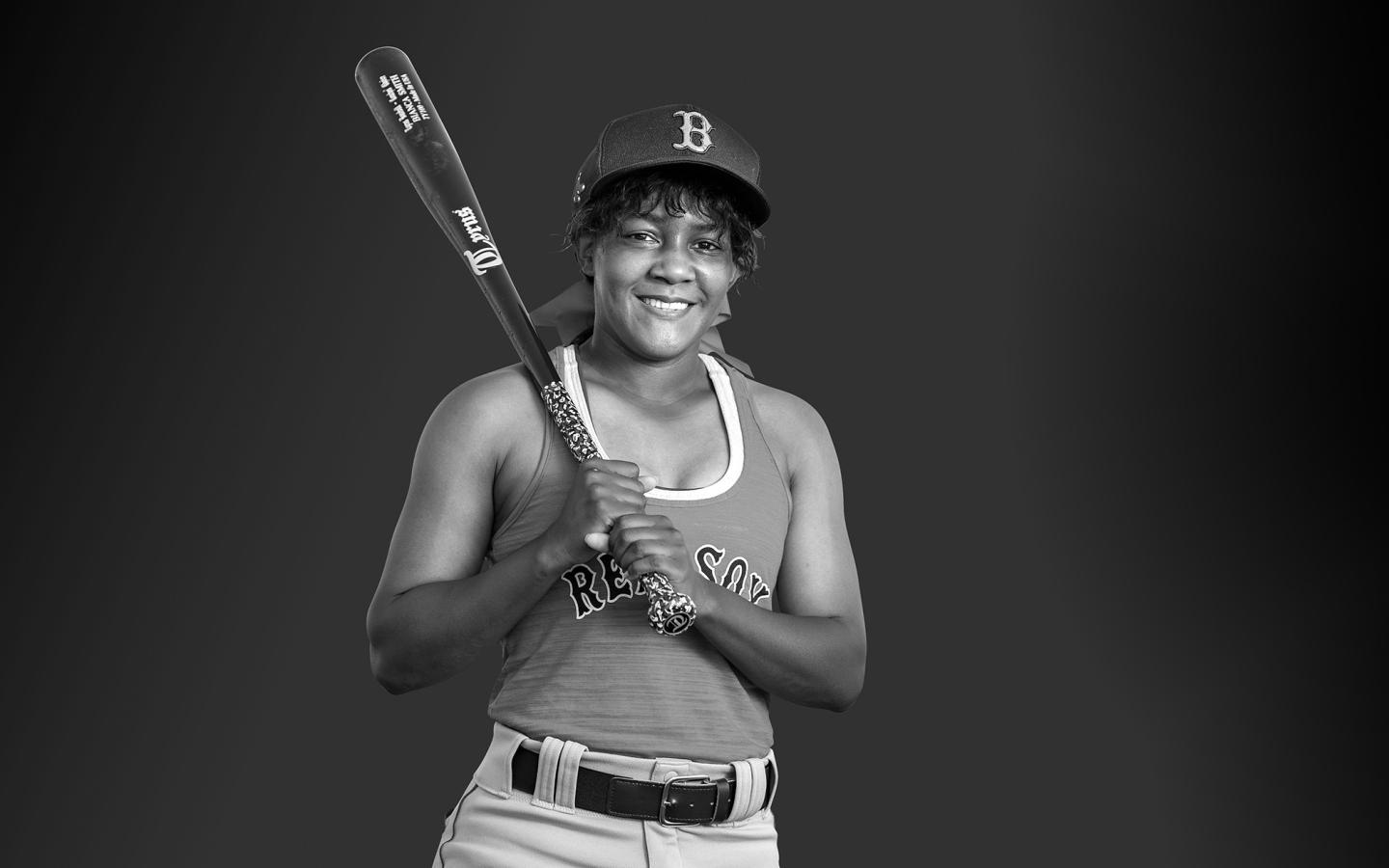 Bianca Smith ’12 came to Dartmouth as a walk-on to the softball team. Today, she works for the Boston Red Sox organization as an on-field coach in its minor league network as the first Black woman coach in professional baseball history.

We spoke with Bianca about her experience playing three sports at Dartmouth, the ways her alumni parents taught her to excel without gender limitations, and her leadership philosophy and experiences on and off the ballfield.

You grew up with deep Dartmouth roots. I’m assuming that was a big part of why you chose to attend, but what were you thinking when you decided on Dartmouth?

By the time I got to high school, I started researching to ensure this was where I wanted to go. I liked the idea of a small school. My high school had about 2,500 students, so Dartmouth wasn’t much bigger. Also, we are a big outdoors family, so being in the woods was great. I liked the connection to my parents, and it ended up being a great decision because there’s a lot I got to do at Dartmouth that I don’t think I could have been able to do someplace else.

What are some of those things that you could only do at Dartmouth?

Not many schools could have given me the opportunity to play three sports. I played one varsity sport, softball, and I was on two club teams (baseball and cheerleading). I also worked for the varsity baseball team, started the sports business club, worked at the college radio station, worked for TV, in the dining halls, and at the bookstore.

I firmly believe there are very few schools where I would have been able to do all of that. And I like to explain this to the high school students I interview as an admissions ambassador. The school expects you to be busy and do a bunch of different activities, and they are trying to bring in students who will be as involved as possible while still excelling in classes.

What did your time at Dartmouth teach you about leadership? Do you feel your sports experiences helped you hone your leadership skills?

For sure. When I got to Dartmouth, I didn’t know I wanted to work in sports yet—I thought I wanted to be a veterinarian.

I already had a love for sports. I grew up playing sports, as did my siblings, and my parents were college athletes. So I didn’t discover my passion for sports, but I realized just how much I loved them and that I wanted to be around athletics, even when I wasn’t playing.

I took a leadership role when I managed the varsity baseball team. I was injured my senior year and couldn’t play because I had hip surgery. My coach offered to let me quit; she said, “You were a walk-on, and you didn’t get a chance to play a lot in the field. We completely understand if you want to quit. It’s a lot of commitment for somebody unable to play.”

But I was vehement that I wanted to do whatever I could to remain a part of the team and help however I could.

That experience helped develop my coaching philosophy with advice like: “Find your strengths and figure out how you provide value, how you can help the team.” It also impacts how I relate to our coaching staff. I ask myself, “what can I do to help the other coaches so they can do their job well.”

I see leadership the same way. I don’t know everything—I’m never going to know everything. There will be other people who know more than I do, and I need to be able to rely on them.

True leadership involves the ability to see where everybody provides value, so it’s a cohesive unit, rather than just one person trying to run everything because that never works.

How would you sum up your definition of an effective leader?

Many people think a leader is that one person at the top who’s running everything and making sure everything’s going smoothly. But that’s not necessarily true. A leader is one who brings out the best in everybody in their team.

It’s also crucial for a leader to know when to step back and let other people take charge.

How has your experience as a woman in a male-dominated sport affected you?

I’ve never really thought about it. I’ve been a baseball fan since I was three or four years old. I didn’t even know what softball was until I started playing at around 12 or 13. So, I never saw it as a male or female sport. People just play baseball.

I credit my parents for that because they never emphasized gender roles.

I’ve always approached every job as, “Yes, I’m a woman who works in baseball. There’s nothing else that needs to be said.”

I’m constantly pushing myself. I didn’t go to law school and business school because I thought I needed more credentials than everybody else as a woman. I did it because I didn’t have any internships before or during my time at Dartmouth, so whether you’re a man or a woman, you need experience.

I also went to law school because I didn’t want to rely on lawyers to read contracts. It had nothing to do with being a woman, it had to do with the fact that I wanted to be able to do my job, and I wanted to be better than anybody else—man or woman.

With that attitude, I’m sure that you’ll accomplish anything you want. What’s your ultimate goal?

My long-term goal is to manage a major league team.

And again, this has nothing to do with feeling like I have to be better because I’m a woman. It’s because I grew up in an incredibly competitive household, and whatever job you do, you be the best at it and try to achieve the highest level you can. That’s how it’s always been. When I first thought I wanted to be a GM, I told my uncle. His first response was, “why not president?”

That’s just how our family is. We’re always trying to be the best at whatever we do. And my long-term goal is definitely to manage a major league baseball team.

Right now, I am happy and grateful to be coaching. But for most coaches, if you’re in professional baseball, you want to get to the majors, just like the players.

I have no doubt that you can do it.

True leadership involves the ability to see where everybody provides value, so it’s a cohesive unit, rather than just one person trying to run everything because that never works.