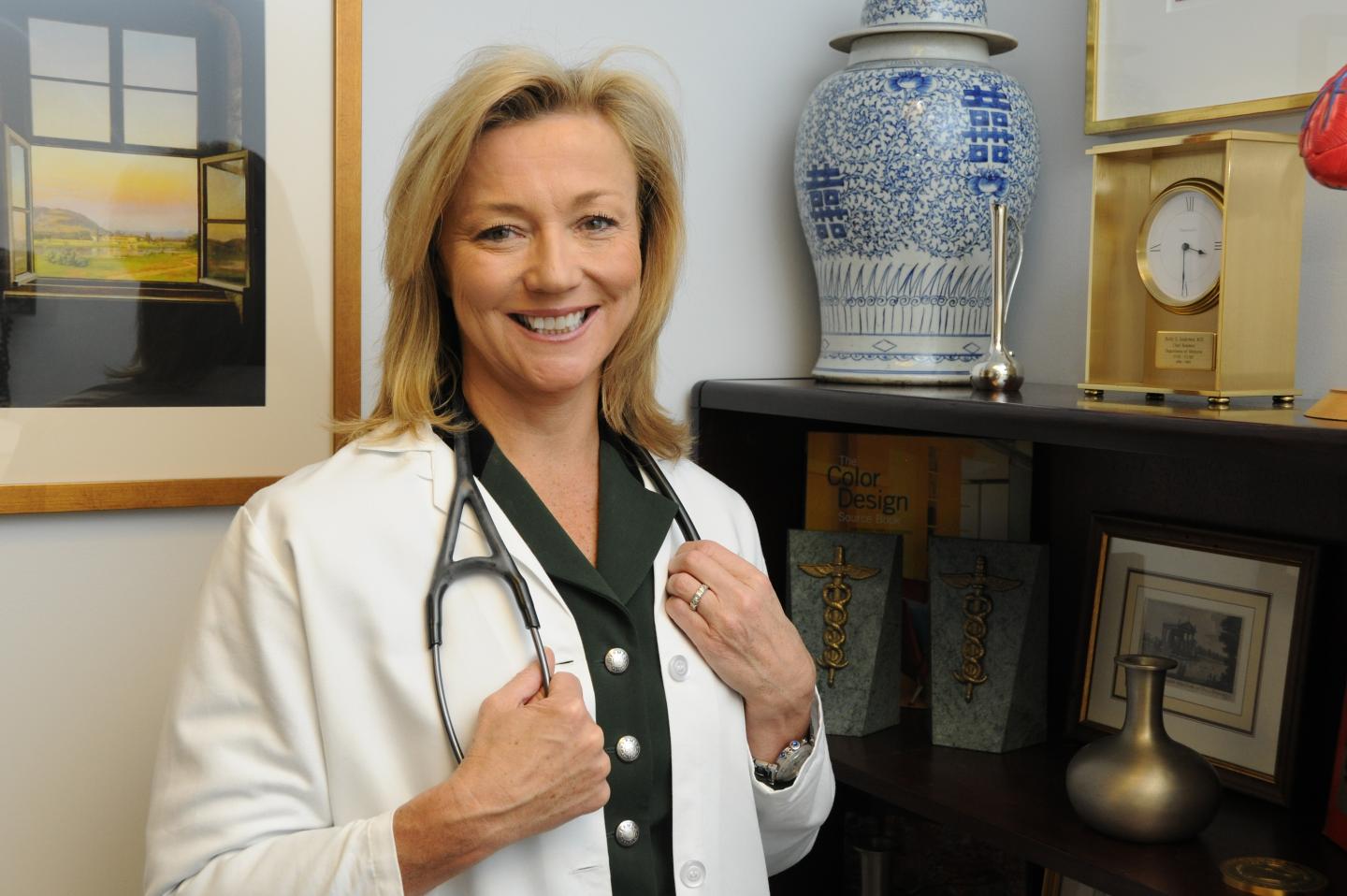 Dr. Holly S. Andersen is the Director of Education and Outreach for The Ronald O. Perelman Heart Institute at The New York Presbyterian Hospital—Weill Cornell Medical Center, where she is an attending cardiologist and associate professor of clinical medicine. She is also the scientific advisor to the Women’s Heart Alliance and a member of the Board of Overseers for the Geisel School of Medicine. She has been speaking about and advocating for women’s heart disease for more than 20 years.

Was there a class, professor, or experience you had at Dartmouth that helped you on your career path?

I wanted to study the brain, biochemistry, and behavior. I created a neuroscience major before there was a neuroscience major. The D plan allowed me to do an internship at the National Institutes of Health (NIH) in the Laboratory of Central Nervous System Studies under D. Carleton Gajdusek, who won the Nobel Prize in Medicine in 1976 for discovering the etiology of Kuru—a disease of the Fore people of Papua, New Guinea contracted from ritualistic cannibalism. Dr. Gajdusek told me that an MD was a better education than a Ph.D. Back at Dartmouth, after organic chemistry and biochemistry, I took “Sleeping, Dreaming and Related States” with Professor Peter Hauri, and it sealed the deal.

You’re one of the nation’s top advocates for women’s heart health, and your work tries to ensure that the medical community pays more attention to research for women. Can you tell us about your advocacy for women’s health?

When I started clinical training, I found that I loved taking care of patients—cardiology was the most fun and exciting. I became interested in women’s cardiovascular disease when I became a cardiology fellow and understood for this first time that heart disease was the number one cause of death for women in this country. Very few people were talking about this in 1995. Many of our major trials of cardiovascular disease did not include women—and when they did, they did so in small numbers and even then they often did not report the data by gender. I decided to devote a part of my career to improve this.

I have been fortunate; I have an amazing clinical practice and I am the director of education and outreach for the Ronald O. Perelman Heart Institute at The New York Presbyterian Hospital. Recently, we joined forces with Barbra Streisand and the Streisand’s Women’s Heart Center at Cedars Sinai in Los Angeles to form the Women’s Heart Alliance. We have been able to sit down with Francis Collins, Director of the NIH, the head of the FDA [Food and Drug Administration] and CDC [Centers for Disease Control], and the women’s caucus in the house and the senate. I have spoken at the Clinton Health Matters Initiative, the Laura Bush Women’s Health Institute, and on stage at Tina Brown’s Women in the World Event with Barbara Streisand. But still today, once a woman gets diagnosed with heart disease she will do worse and is more likely to die from it than a man. She gets treated less aggressively at every point along the way—and even when we control for these variables, she is still more likely to die and we don’t know why. So there is still more work to be done.

As a doctor, you help save lives by treating your patients when they are ill, but you also educate them about proactive efforts to improve their health. What are the biggest habit changes you would recommend for alumni who are looking to get healthier?

Be physically active, get a good night’s sleep, you are what you eat. Spend time with people who make you happy. I see people’s lives change in an instant. No one ever dies saying they should have worked harder. Relationships are what matter. Try to live in the present.