A Global Viewpoint Learned at Dartmouth

English major Diem-Trang Do ’94 discusses her time at Dartmouth and her career in the global publishing industry. 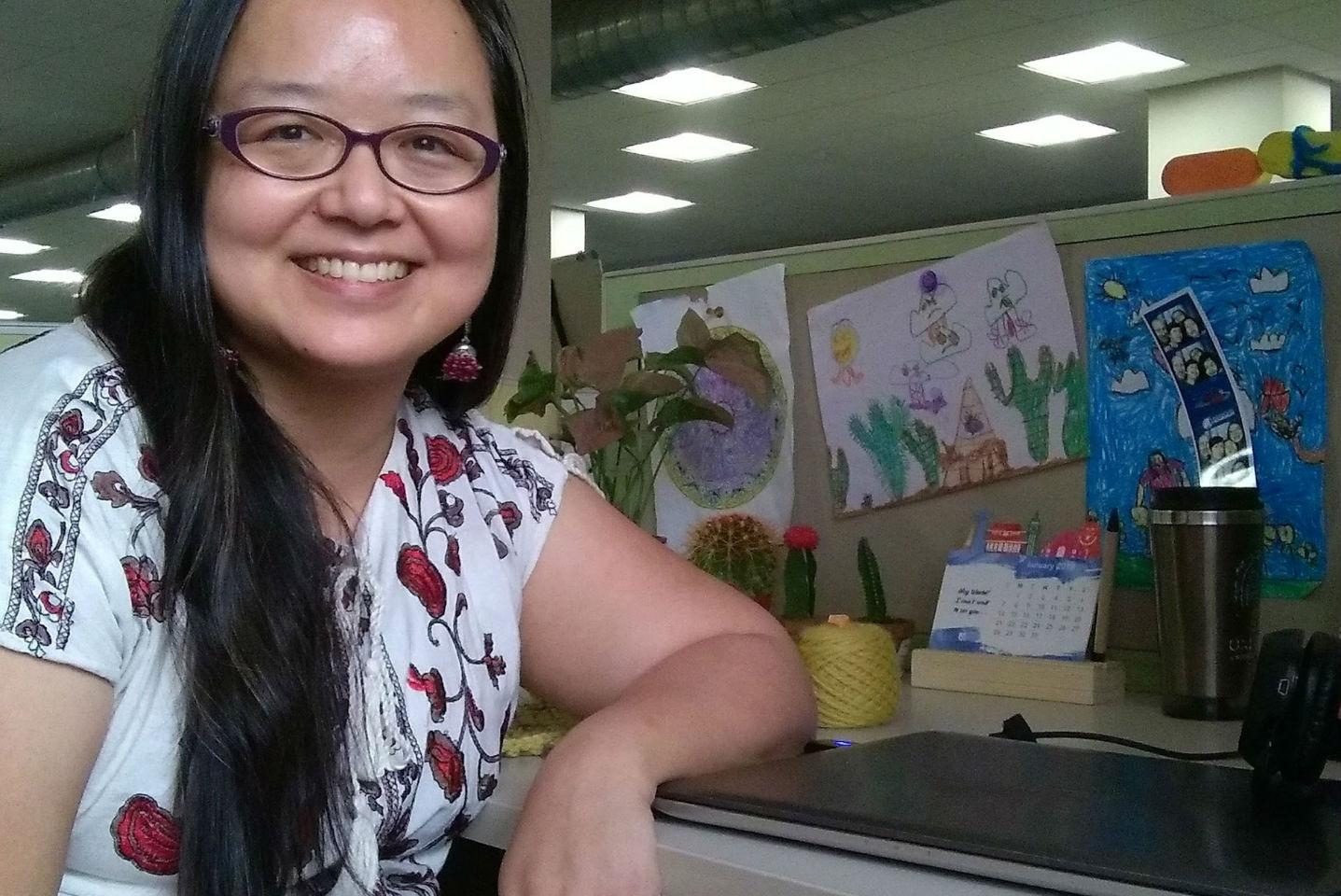 English major Diem-Trang Do ’94 sampled a few different career paths before getting her first publishing job as a production assistant at the Modern Language Association (MLA). Since then she has worked for several different types of publishers in New York City and Philadelphia, including Simon & Schuster, Oxford University Press, and Wolters Kluwer. In 2017, during a sweltering heat wave in South India, she moved with her husband and two children to Chennai to take up a VP post at a service provider for the global publishing industry. While at Dartmouth, Diem was a DJ on WDCR and held work-study jobs at the financial aid office and across the river at the Davidson Pottery Studio. You can learn more about Diem on LinkedIn.

Publishing, like many other industries, has become a much more global industry in the past 20 years. How did your Dartmouth education help prepare you to work in such a global field, with all the opportunities and challenges that come with it?

I never expected to venture far from home. Until leaving for Dartmouth, I lived in the same upstate New York town from the time I was three. I moved to Hell’s Kitchen after graduation, but before college, I only visited New York City once for a junior high field trip. Part of the reason I went Early Decision at Dartmouth was because of Hanover’s small size. Albany, the biggest city close to home, seemed enormous. I didn’t want to leave for Boston or New Haven only to get lost.

I did get myself a passport while at school, but the only international travel that materialized was taking the Vermonter to Montreal. I never managed to do an LSA or get into a study abroad program. Other than taking Douglas Haynes’ class on Southeast Asian history to learn more about where I was born, there wasn’t much in my coursework or activities that announced future globetrotter—no forays into African studies, economics, geography, or Russian language classes. I studied the Augustan Age with the late Peter Cosgrove, hung out at 9 School Street with Panarchists, and spent my leave terms and withdrawal year at home or in Hanover.

As outsourcing gained momentum, my publishing career headed in a more global direction in concert with the industry. When I started in the 1990s, red pencils and bluelines (hardcopy made from the film negatives that are used to create printing plates) were still in use. It wasn’t apparent to freshers like myself back then that the publishing workforce would turn into the global community it is today, with colleagues and clients across multiple time zones. Proofreaders, copy editors, and typesetters worked down the hall from me back in those days. They still work down the hall now, but in the Chennai and Puducherry offices of service providers and not the New York and Philadelphia offices of publishers.

Looking back, I see that Dartmouth was my introduction to the larger world. It was in many respects a practice space for how to engage empathetically and respectfully with colleagues from all over the globe. While I never really left campus, Dartmouth brought in a student population across a wider spectrum of cultures, ethnicities, geographies, religions, and socio-economic classes than what I had known before then. I came to Hanover having only read works by American and British authors. I was introduced to the Bhagavad Gita my first year through comparative literature. I came to Dartmouth seeing “model minority” as a benign compliment to my own family’s work ethic. An environment comprised of exceptional Asian students seems like it would merely reinforce that sentiment, but learning the language and tools of critical thinking helps in breaking down monolithic ideas. Women’s studies was a completely foreign concept for me until I got to college. Those seminar discussions impacted how I negotiate feminist, gender, and identity issues now whether at home or abroad.

Dartmouth was the place in my personal timeline where fruitful opportunities to travel outside of my comfort zone became routine. I didn’t directly prepare to work in a global field while I was a student, but Dartmouth expected me to become a global citizen. It showed me how through classmates then who encouraged me to think differently and alumni now who challenge me to act responsibly while navigating the complexities of the world.

Your work in operations and production involves helping see projects through large-scale changes. What helps you maintain flexibility while working with systems—and with people?

Throughout my career I’ve been told that that the publishing industry is always in flux and that change is the only constant. I don’t necessarily disagree, but in having seen the same part of the process at different companies and now in different countries, I find that the challenges are largely the same. In terms of production and operations, I grapple with how to impose discipline and systematization to make the act of publishing replicable and sustainable. Yet, it’s also important to recognize that every book is a unique product and to respect that creating culture is an intimate endeavor for the people involved. A great deal of decision-making happens day in and day out and a high level of flexibility is needed in order to juggle the activities and personalities of the team behind the book.

Having the flexibility to shift across the spectrum between creativity and discipline requires a great many things, including initiative, open-mindedness, and trust. It also requires a great deal of energy. For me, the key to maintaining flexibility is to be resilient. You can invest a great deal in people and systems, but you don’t always have the right resources or the right idea at the right time. You can simultaneously be an optimist hoping for the best in people and a pessimist expecting that systems will have bugs and breakdowns. However, both will surprise you from time to time. The people you respect and rely on will have bad days and overwhelming moments. The clunky, inelegant solutions may be just what is needed to get the job done. There’s always work to be done though, so you need to recover quickly from your failures as well as your successes.

What is the best advice—personal or professional—that you’ve ever received?

With my name, the mantra “carpe diem” has been something I’ve heard throughout my life. It got out of control in high school and college with the release of the coming-of-age film Dead Poets Society. It’s a difficult motto to consistently embrace and not one that I would routinely advise. For my part, I seem to naturally favor that infinitely more moderate sentiment of “live to fight another day.” Just disregard that I picked it up from Saturday morning cartoons and that it was usually uttered by the villain.

Taking a breather to try again at a different time in a different way once you’ve learned from your mistakes shifts the focus from the immediate emotions of fresh failures. To me, it’s about staying curious and being resilient so you can be motivated to find more opportunities and hopefully experience a few successes along with all the missteps.