Gifts from alumni and friends will enhance and expand Dartmouth’s Native American Studies program and transform the iconic Hopkins Center for the Arts, President Philip J. Hanlon ’77 announced at The Call to Lead celebration before a capacity crowd of 300 in Los Angeles this week.

“Almost 50 years ago, Dartmouth recommitted itself to educating Native American students as outlined in our founding charter, and our commitment to educate native students and to advance the frontiers of knowledge with respect to indigenous peoples is a point of pride,” said President Hanlon. “Mae and John’s investment will bring a top scholar in the field of global indigenous peoples to Dartmouth, helping our Native American Studies Program achieve and maintain national—and international—recognition in this area. I can think of no better way to honor the origins of our identity at Dartmouth in this 250th anniversary year than to endow this distinguished professorship.” 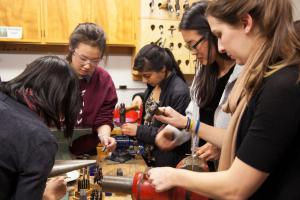 Friends of Student Workshops at the Hopkins Center for the Arts

Help give our students new ways to explore and express their creativity.

During Thursday’s celebration, President Hanlon also announced that Dartmouth’s vibrant new Arts District is one step closer to completion, thanks to a $15 million commitment by members and friends of the Hopkins Center Advisory Board to kick off fundraising for the performing art center’s $75 million revitalization.

“We have long aspired to elevate creativity throughout our campus,” Hanlon said. “This generous investment by members of the Hopkins Center Board will help us enhance creative expression within our liberal arts offerings and ensure that students and faculty can create and produce original works in an exceptionally supportive environment.”

The Huestons’ gift and the gifts to the Hopkins Center are part of more than $2 billion committed to The Call to Lead: A Campaign for Dartmouth. With a fundraising goal of $3 billion, the campaign is the most ambitious fundraising effort in the College’s 250-year history. 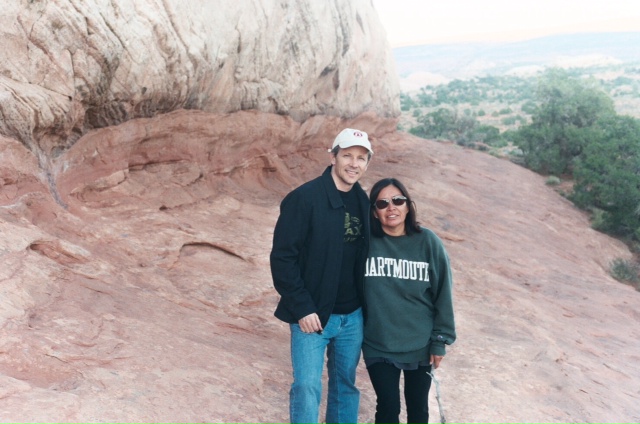 Mae Hueston, a member of the Navajo nation, and John, both members of the Class of 1986, say their motivation to endow the Distinguished Professorship position was twofold.

“We wanted to ensure permanency to Dartmouth’s commitment to Native American Studies, and to support a broader, global vision of the comparative studies of indigenous peoples,” Mae said. “With our gift, we hope to inspire others to join us in this critical period for Dartmouth to assert global leadership and distinction in academia.”

The Huestons were also motivated by Mae’s own experience as a Native American student and alumna leader at Dartmouth.

The Hopkins Center: A Maker, Performer, Collaborative Space for Creativity in All Its Forms

When it first opened in 1962, the Hopkins Center defined what a university arts center should be: a central location where students, faculty, visiting artists, and the public come together to create, experience, and interpret new work. When the proposed $75 million renovation and expansion of the Hopkins Center for the Arts is complete, it will provide flexible, technology-driven performance and maker spaces, and will also bring together students and arts faculty within the heart of the district in order to encourage collaborative creativity and learning across disciplines and genres. 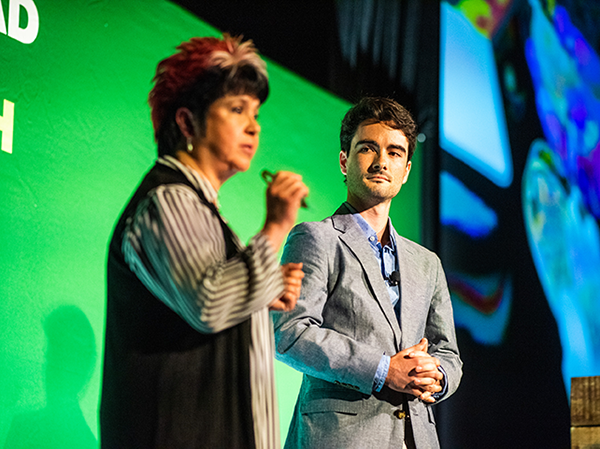 “Because of the mentorship and resources I was given as an undergraduate at Dartmouth, not only was I given the chance to continue my career at incredible institutions, but I was able to enter graduate school with an unmatched level of knowledge and experience that usually requires years of post-graduate education to achieve. For that I will always be grateful.”

At the Los Angeles celebration, two pairings of young alumni and faculty highlighted examples of research where undergraduates were active participants, made possible by Dartmouth’s distinctive model of education.

Josh Lange ’17, currently a PhD candidate at UC San Diego, worked with Yolanda Sanchez, associate professor of molecular and systems biology at the Geisel School of Medicine at Dartmouth, on cancer research. That work led to an honors thesis and the discovery of a promising treatment for two deadly cancers—glioblastoma and pancreatic cancer.

“While I arrived at Dartmouth thinking I might want to do cancer research, I left Dartmouth sure of it, all because of this incredible experience,” Lange told the Los Angeles audience. “Because of the mentorship and resources I was given as an undergraduate at Dartmouth, not only was I given the chance to continue my career at incredible institutions, but I was able to enter graduate school with an unmatched level of knowledge and experience that usually requires years of post-graduate education to achieve. For that I will always be grateful.”

The next two the Call to Lead celebrations will take place in Denver, Colorado on May 7 and in Hanover on May 17. Learn more about the upcoming celebrations. 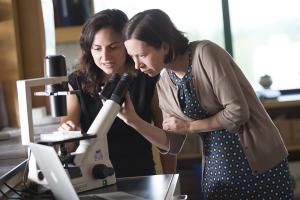 Transcending boundaries to shape the future of cancer care and prevention