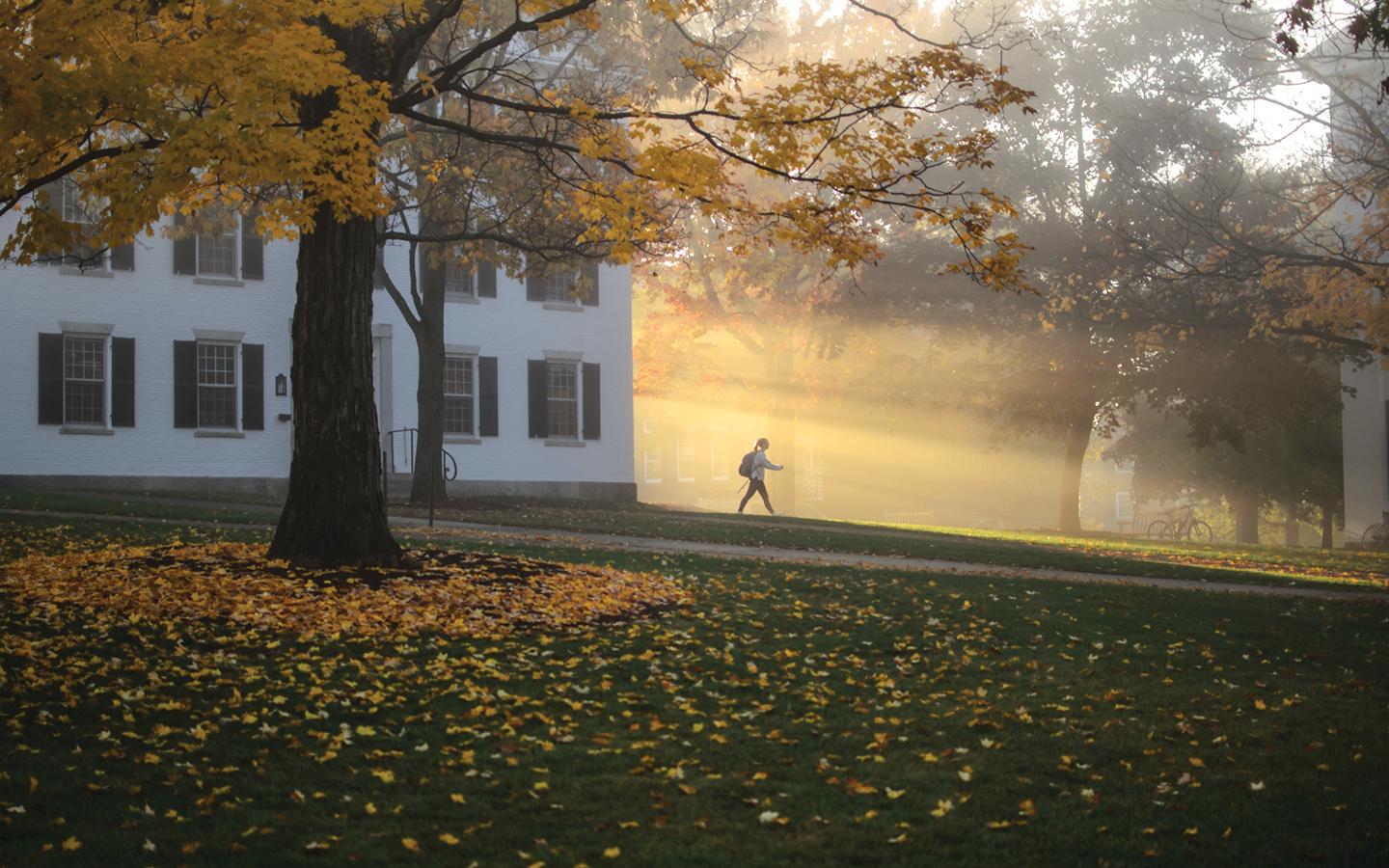 Friday’s launch of Dartmouth’s comprehensive campaign, The Call to Lead, highlighted the expanding influence of women’s philanthropy with the announcement of three bold giving targets—including a goal of 100 women making campaign gifts of $1 million or more.

In a grassroots effort that has surpassed all expectations, Dartmouth alumnae in recent years have redefined the power of women’s philanthropy in higher education. Building on their achievements, Friday’s celebration highlighted these three ambitious goals:

“The Call to Lead campaign is about setting the course for the future of Dartmouth, and we want the entire alumnae population to come together to build that future,” said Caroline Hribar ’00, one of the architects of the two campaign giving targets and a founder of the Centennial Circle. “While the campaign goal of 100 women making $1 million gifts is separate from the Centennial Circle, it was the Circle that allowed us to set our sights so high. It proved that the women of Dartmouth could come together to achieve extraordinary goals.”

Beth Cogan Fascitelli ’80, a Dartmouth trustee who is also spearheading these campaign giving initiatives, emphasized that alumnae volunteers were eager to apply the lessons of the Centennial Circle in the context of Dartmouth’s $3 billion The Call to Lead campaign. Women are serving as campaign co-chairs, global regional chairs, and reunion chairs. To set a goal for women’s philanthropy in the campaign, they worked closely with College staff to determine whether a goal of 100 alumnae giving $1 million each would be realistic.

“We didn’t want to make it easy. We wanted to push ourselves on behalf of Dartmouth,” Fascitelli said. She noted that women participating in this $1 million giving initiative can direct their gift to any philanthropic need at the College. “We want the next generation of students, male and female, to know that women and men are equally committed to the power of a Dartmouth education. This initiative is inviting women to come forward, work together, and have impact through philanthropy. Who knows? We may even see Dartmouth’s first alumna fund and name a campus building in response to The Call to Lead.”

Goals at this level for women’s philanthropy are rare, and possibly unique in higher education.

“This is a really exciting effort by Dartmouth—a complete game-changer,” said Kathleen Loehr, an expert in women’s philanthropy and incoming chair of the Women’s Philanthropy Institute’s Advisory Council. “I don’t know of any other university that has set such a bold campaign goal for women. It is time. Women do make transformational gifts when asked in ways that resonate with them."

Fascitelli, Hribar, and the other alumnae who developed this ambitious goal also wanted an initiative that could tap into the giving potential of all Dartmouth women participating in the campaign, and provide a place on campus that celebrates all women of Dartmouth—past, present and future.

“So we have a separate, collective goal to renovate Dartmouth Hall that is about all women contributing at any giving level—$50, $500, or $500,000,” said Hribar.

Recent decades have brought major changes in pedagogy across the liberal arts curriculum. However, Dartmouth Hall remains largely unchanged since its last major renovation, in 1935. Through the initiative announced Friday, the College intends to transform learning spaces throughout Dartmouth Hall to ensure that the building can meet the needs of faculty and students in the 21st century. As part of this renovation, the College will restore many of the structure’s historic elements, overhaul the building’s electrical, heating, and ventilation systems, and upgrade its energy efficiency.

Hribar and Fascitelli emphasized that the Centennial Circle, which has established a national model for women’s philanthropy in higher education, and the newly announced campaign goals are about more than dollars. Through philanthropy, women today are more actively involved in setting Dartmouth’s direction, and more women than ever are serving on—and leading—various College advisory boards and committees.

“When the Circle surpassed its membership and giving targets, that did a couple of things,” Hribar said. “It proved that the women of Dartmouth are passionate about the College and willing to step up. And it brought together this group of women and got them engaged in the College. With these new campaign goals, we are looking to build on that success and show the women of Dartmouth and beyond what is possible when we come together.”