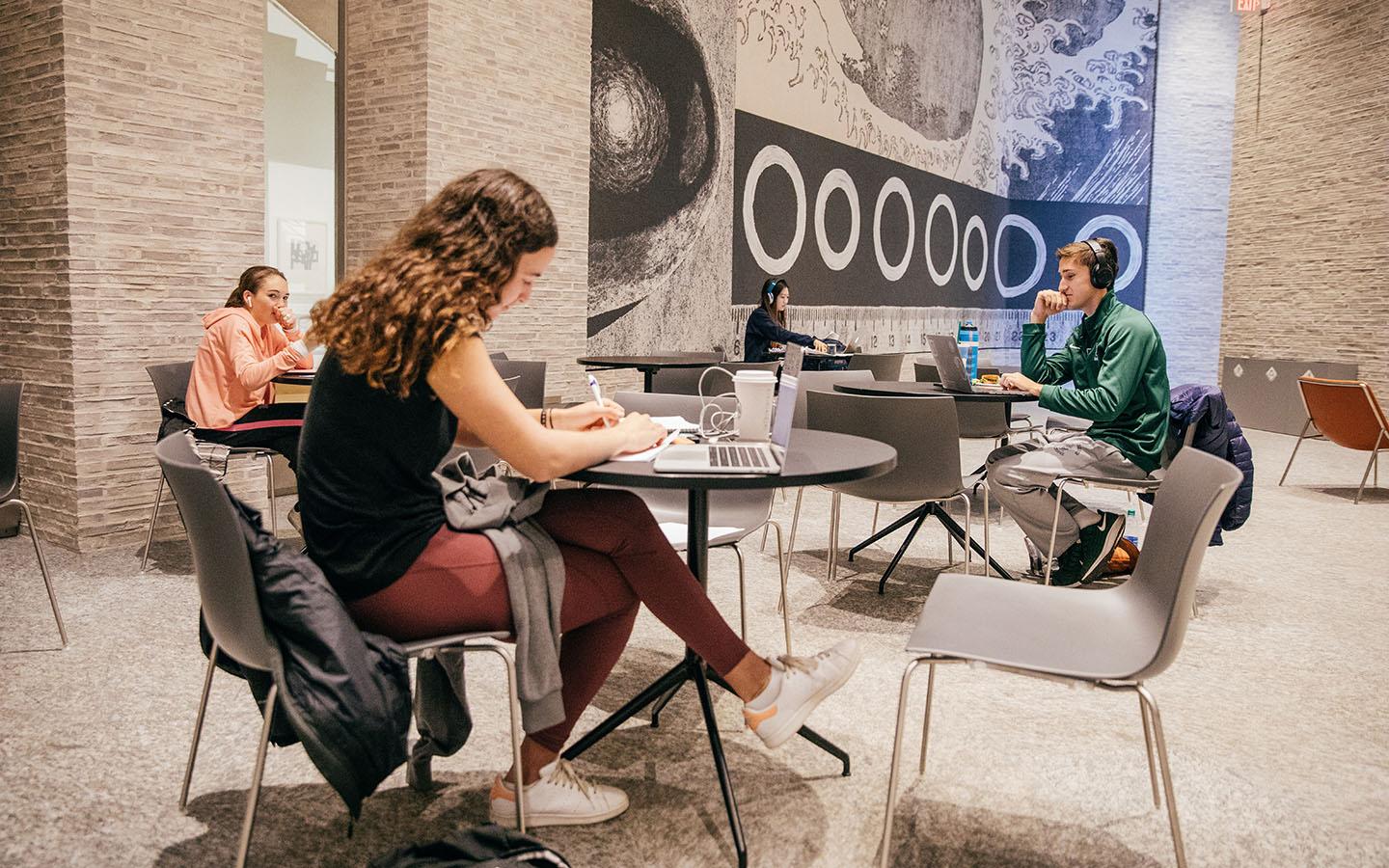 Dartmouth is calling on alumni, families, and friends to help commemorate its 250th anniversary this year by supporting an ambitious scholarship initiative to make an education at all five of its schools more accessible and more affordable, President Philip J. Hanlon ’77 announced Tuesday night.

The “250 for Dartmouth’s 250th” project spotlights Dartmouth’s proud tradition of need-blind financial aid while eliminating financial barriers to undergraduate and professional education.
It also builds on the strength of growing alumni and parent philanthropy, which has accelerated significantly during The Call to Lead: a Campaign for Dartmouth. Giving through the campaign already has supported the creation of 148 scholarship funds totaling $166 million.

“Few investments hold more promise for our future than endowed scholarship gifts that enable talented young people—regardless of means—to access the transformative power of a Dartmouth education,” Hanlon said at a campaign and 250th celebration in Seattle, Washington. “It’s about making Dartmouth more affordable and more accessible for the bright young people who will become tomorrow’s leaders.”

The full campaign goal for financial aid is $500 million, with endowed scholarships forming a critical component. More than half of all Dartmouth undergraduates now receive financial aid. As part of the campaign, the College intends to:

•    eliminate the need for loans from Dartmouth’s financial aid packages and reduce the burden on low- and middle-income families.
•    preserve its commitment to need-blind admissions for domestic undergraduates while expanding it to include foreign citizens.
•    provide financial aid for foreign study to ensure that all students can experience the full Dartmouth experience.
•    recruit talented graduate and professional school candidates through competitive fellowships. 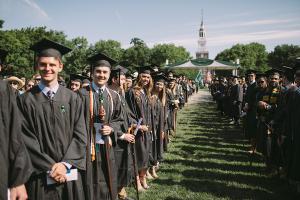 Help Seed the No Loans Initiative

You can help build an endowment to replace loans with grants.

Alumni give back to support students

Alumni have been especially enthusiastic about supporting new generations of students through scholarships.

“I got involved in this campaign because of what Dartmouth did for me,” said Aly Jeddy ’93, a Dartmouth valedictorian from Pakistan who now serves as a senior partner at McKinsey & Company in New York. “I came to the United States for the first time on a full scholarship. Even the plane ticket was paid for by Dartmouth. Every opportunity that I’ve had has come from that original journey, that was made possible by Dartmouth. The idea that I want to contribute back to the College is a natural one for me.”

President Hanlon emphasized that the “250 for Dartmouth’s 250th” effort is for all of Dartmouth: the Geisel School of Medicine, Guarini School of Graduate and Advanced Studies, Thayer School of Engineering, and Tuck School of Business, as well as for undergraduates.

Overall, the $3 billion Call to Lead campaign seeks to expand Dartmouth’s commitment to creating positive, global change. The campaign’s three overarching goals are to advance Dartmouth’s distinctive model of education to its full potential; to make discoveries that improve the human condition; and to prepare students for lives of wise leadership. Campaign fundraising to date stands at $1.9 billion, with gifts and commitments from more than 80,000 donors.

At the same time, Dartmouth has launched The Call to Serve, an effort by the entire community— students, alumni, parents and families, faculty, and staff—to contribute a collective 250,000 hours of service work in 2019. Learn more about The Call to Serve.

A group of alumni—start-up entrepreneurs who have pledged to support Dartmouth as they exit their start-up ventures or take them public—now has more than 100 members. This community, known as the Dartmouth Founders Project, is the first of its kind in the Ivy League, and one of only six in the nation. In addition to the pledge, members enjoy special programming, mentorship, and access to alumni leaders in a diverse range of innovation sectors.

“From its inception, The Call to Lead aimed to welcome all alumni, whatever their stage in life, to play a role in charting our future,” said campaign co-chair Rick Kimball ’78. “Congratulations to the Founders Project for betting big on Dartmouth and reaching this remarkable milestone. Let’s hope there are 100 more before the campaign is over.”

More than 150 alumni, parents, and friends attended the campaign and sestercentennial celebration at The Sanctuary in downtown Seattle.

Two young alumni and two professors spoke at the event about transformative experiences they shared through Dartmouth. Jeremy DeSilva, an associate professor of anthropology, and Katherine Clayton ’18 talked about their archeological work in South Africa in 2016. DeSilva brought 15 students—his entire Anthropology 70 class—on a three-week field trip. Not only did those students participate in hands-on excavation, they discovered a two-million-year-old fossil.

In addition, Clayton recalled the sensation of the group dealing with a flat tire on a safari, shortly after seeing a pride of lions.

“At that moment, all the students there knew what it felt like to be an early human ancestor two million years ago on the savannah,” she said. “That is the type of full-sensory experience we had during our trip and something you can’t experience in a regular classroom.”

Also speaking were Leslie Butler, an associate professor of history, and Vivien Rendleman ’16, currently a PhD candidate at Duke University. They shared insights into their award-winning research into how women in Richmond, Virginia, shaped that city’s history even before women were allowed to vote.

Chip Kelly ’84, of Seattle, said the event was a great way to maintain his connection to Dartmouth, adding that he was excited to learn about the scholarship initiative.

“A Dartmouth education will do more for anyone than anything else,” he said. “If someone out there deserves it but can’t afford it, what better thing to do than help them receive it?”

“I came to the United States for the first time on a full scholarship.... Every opportunity that I’ve had has come from that original journey, that was made possible by Dartmouth. The idea that I want to contribute back to the College is a natural one for me.” 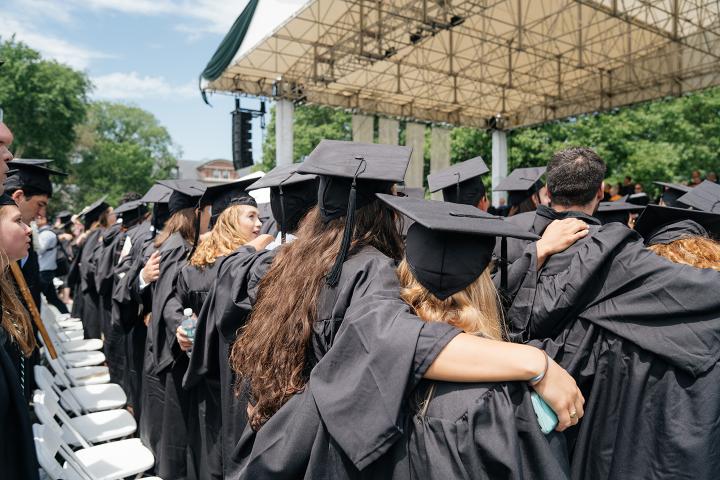 Pledging to renovate a campus icon, Dartmouth women demonstrate the power of their collective philanthropy with a dollar-for-dollar match of $12.5 million. 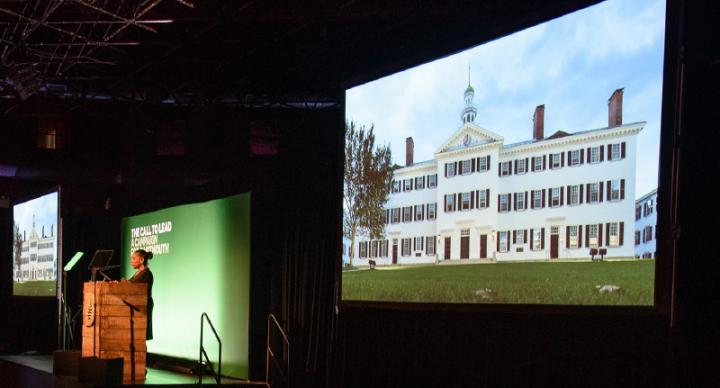