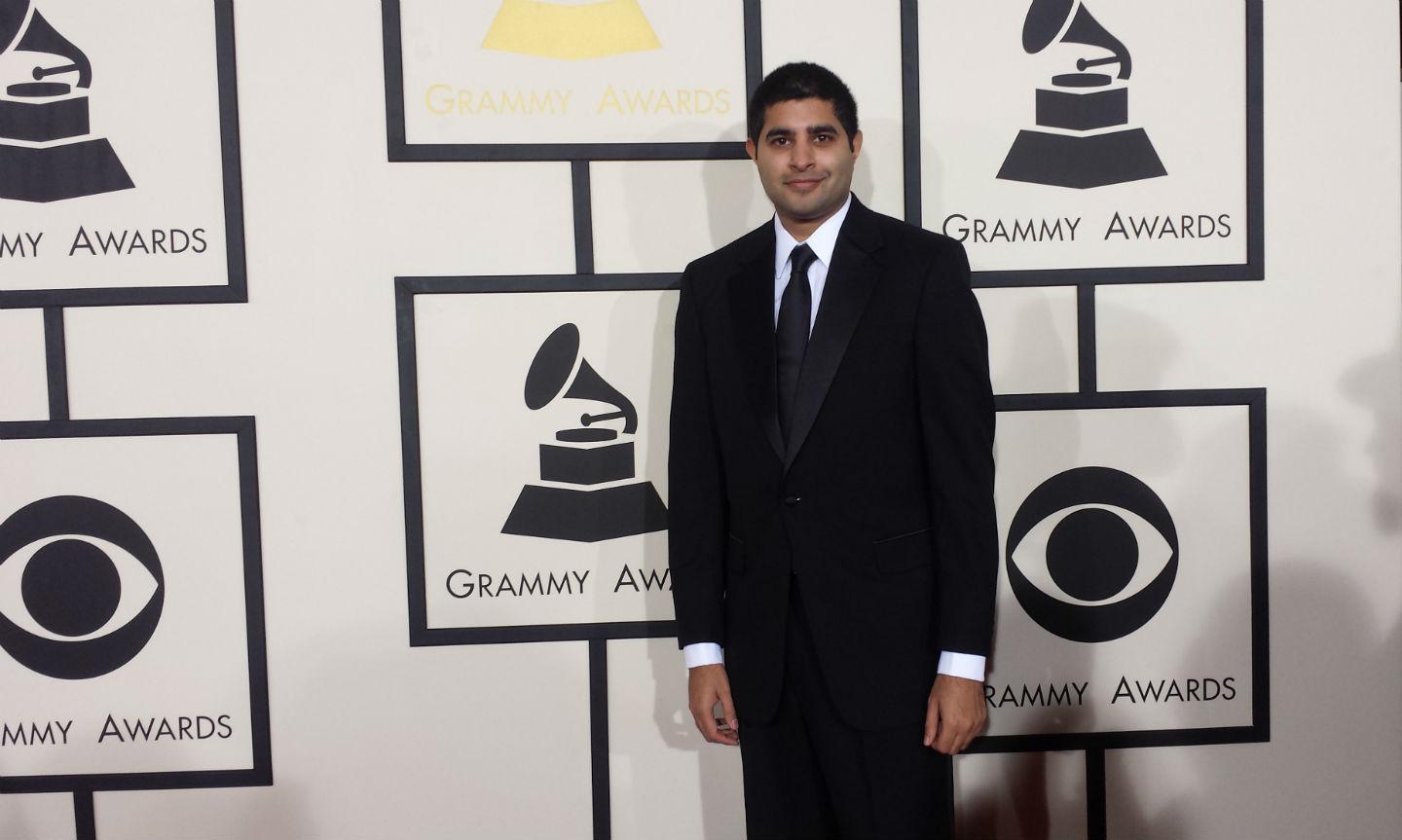 Kabir Sehgal was honored in February 2015 for his work as executive and artistic producer on Arturo O’Farrill and the Afro Latin Jazz Orchestra’s album The Offense of the Drum, which won the award for Best Latin Jazz Album. Sehgal, an accomplished musician, was a member of Dartmouth’s Barbary Coast Jazz Ensemble and toured with Wynton Marsalis as a student. It was during those undergraduate years that he first met O’Farrill, who performed with the ensemble four times.

Don Glasgo, director of the Barbary Coast Jazz Ensemble, calls Sehgal “one of the most remarkable, well-connected, and brightest students I’ve ever had,” and “a master at networking.” There was much mutual admiration when Sehgal and O’Farrill met, Glasgo adds.

O’Farrill remembers that while teaching a master class at Dartmouth in 2005, Sehgal asked him to lunch and described a book he was writing. “Sometimes when you meet undergrads they talk really big,” O’Farrill notes, “but that night I was on the phone with a friend of mine, a famous trumpet player, and when I mentioned that I was at Dartmouth he asked ‘have you met a tall Indian bass player?

When I said I had, he told me ‘that guy is going to be president someday.’ Even then his reputation preceded him.” That lunch meeting at Dartmouth more than a decade ago was the beginning of what Sehgal calls “a life-long friendship.”

After college, Sehgal went to work in investment banking for JP Morgan, but never forgot that his true passion lay in music. “I’ve tried to help artists in the ways that I know best, both financial and artistic,” he explains.

He stayed in touch with O’Farrill, and years later the two decided to collaborate on what Sehgal calls “forward-looking Latin music that would really expand the definition of the genre.” The Offense of the Drum, which O’Farrill and Sehgal worked on for two years, features sounds ranging from reggaeton to rap, hip hop, and turntables. O’Farrill described the album as “based on pan-American rhythms, but not your grandfather’s Latin jazz.”

The album immediately gained positive critical attention, and was nominated for a Latin Grammy. Though it didn’t win, an NPR critic’s poll named it the number one Latin jazz album of 2014, and a nomination from the mainstream Grammys soon followed.

Sehgal described the experience of attending the Grammys in Los Angeles as “wild.” When The Offense of the Drum was named the winner “we jumped up and hugged,” he says, “and I was blessed to be able to give an acceptance speech. It all happened so quickly – all of a sudden, John Waters was handing us the Grammy.”

For Sehgal, the significance of the project reaches beyond its critical acclaim. “The Grammy was the icing on the cake, but what really matters was that we created an album of what I think is really important music.”

The two are now working on perhaps an even more ambitious project titled Cuba: The Conversation Continues. O’Farrill had been organizing a project that allowed Cuban and American musicians to collaborate on a monthly basis, and Sehgal suggested that they record the project—in Cuba. Sehgal soon found himself managing logistics and funding to bring more than 50 artists to Cuba.

Sehgal and O’Farrill were in Cuba on December 17, 2014, when President Obama announced normalized relations between Cuba and the United States. “It was a historic moment to be in Cuba,” O’Farrill said, “and a lot of people were in tears. The resultant emotional rush made its way onto the tracks we recorded.”

Sehgal shares his sentiments. “The music that we are putting together with this album fits symbolically with this change. In the jazz world, we’ve been having a cultural conversation for a long time but the politicians weren’t there yet. In art you often hear the echoes of the future.”

For Sehgal, the project is the practical application of concepts he’s been exploring since Dartmouth. That book he described to O’Farrill at their first lunch meeting? It was published in 2008 under the title Jazzocracy: Jazz, Democracy, and the Creation of a New American Mythology.

“I think part of a liberal-arts education is teaching you how to think, but also finding commonalities between things,” Sehgal says. “I wrote a book on jazz and democracy, so it seemed like a natural extension to work on an album like Cuba: The Conversation Continued, which also incorporates my interest in foreign policy and international commerce. I think it’s about bringing things together.”

O’Farrill calls Sehgal an “amazing Renaissance human being,” and that is no exaggeration. In addition to Jazzocracy, Sehgal has written three other books. His latest, Coined: The Rich Life of Money and How Its History Has Shaped Us, was a New York Times and Wall Street Journal bestseller. He’s currently working on his fifth book, and is producing Ted Nash’s new album, The Presidential Suite, an orchestral suite with eight movements, each based on an influential speech from a world leader. “I try to be part of projects that elevate the cultural conversation,” he says.

“We often talk about having a well-balanced portfolio in the investment community—I try to think about that in terms of my life. Maybe my job gives me 75 percent satisfaction; maybe I can increase that by playing music. I’m also in the U.S. Navy Reserves because I feel it is important to serve my country. One thing alone can’t make you happy.”

O’Farrill offers additional insight into Sehgal’s wide-ranging success. “He’s very achieved, and I think a lot of that has to do with the fact that he doesn’t create things without finishing them. If he takes on a project or makes a meeting or shakes a hand, he’ll see it through to completion and I think that’s a wonderful attribute.”