Latif Nasser talks about staying curious, the joy of discovery, and how we get science wrong 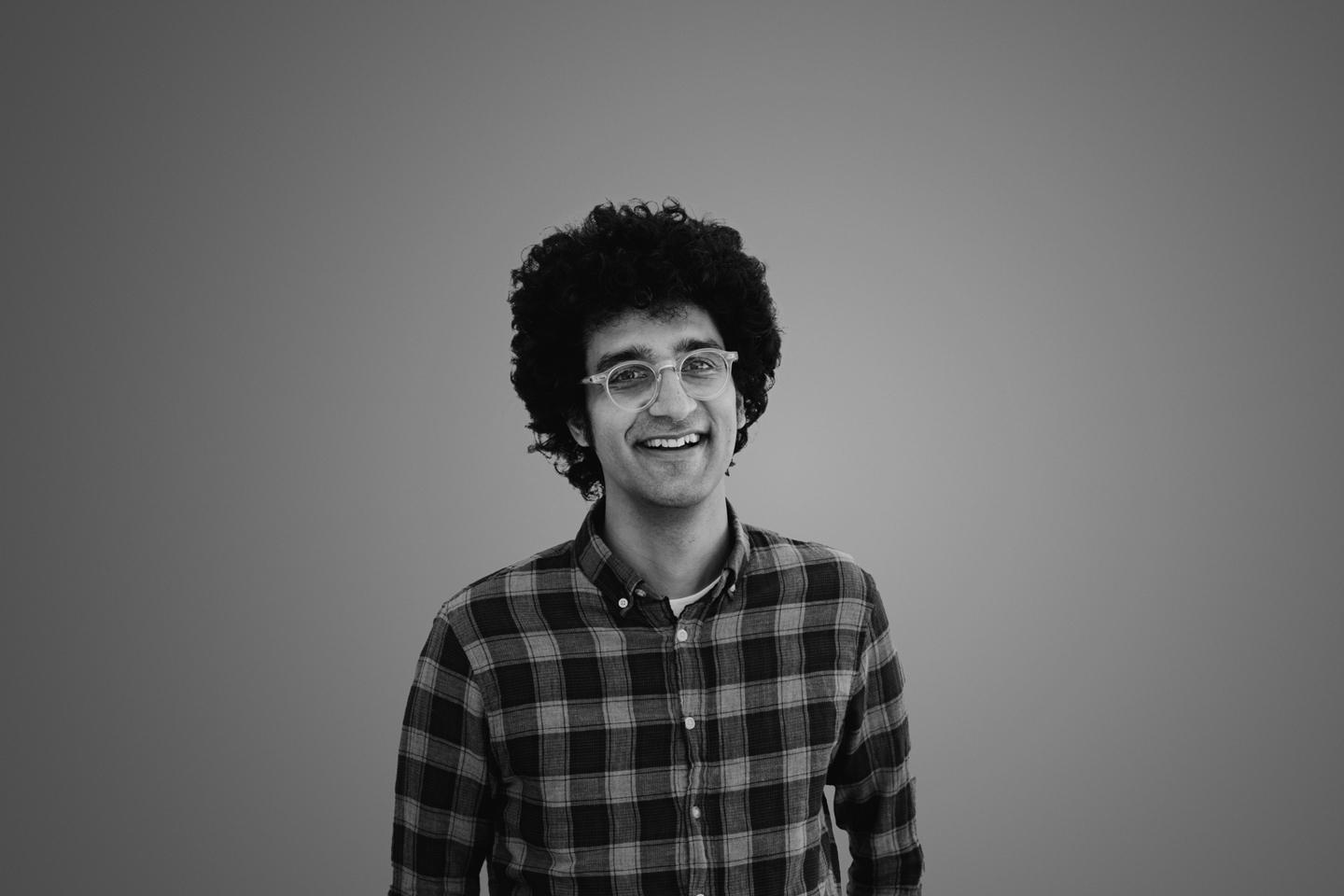 Latif Nasser ’08, co-host of the popular, award-winning podcast Radiolab made his television debut in 2020 as host and executive producer of the science documentary series Connected: The Hidden Science of Everything. The six-part Netflix program, in the words of The New York Times, “connects the dots on some of the biggest questions facing science and humanity today.” A native of Mississauga, Ontario, Latif applied to several universities but chose Dartmouth for two reasons: the financial aid package and the fact that alumni Phil Lord ’97 and Chris Miller ’97 produced the TV show Clone High. He lives today in Los Angeles with his wife, Carly Mensch ’05, and their two young children. 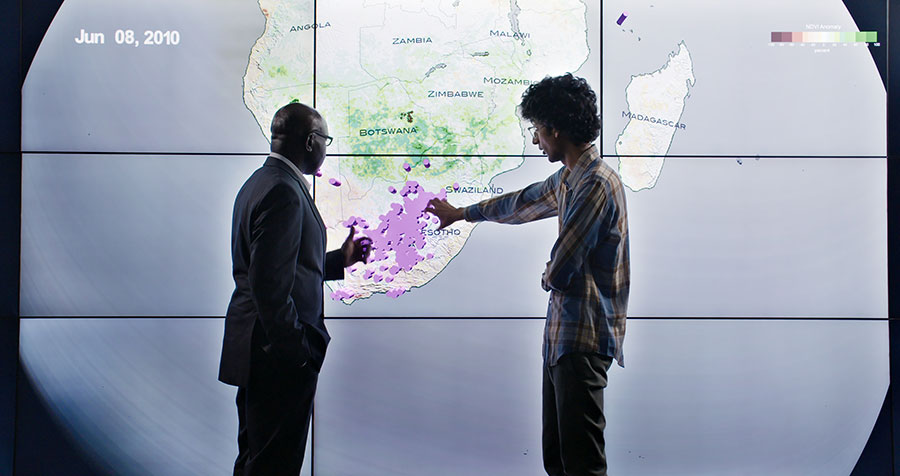 Academically, Dartmouth was a dream. Later, when I was a grad student at Harvard, I would be teaching undergrads and thinking, “They deserve a better teacher than me.” You don’t have grad students teach classes at Dartmouth. As an undergrad, I got to spend so much time with my professors. I remember getting those coupons and taking so many different professors for a free lunch at the Hanover Inn  and saying to myself, “This is amazing. I don’t think this happens at a lot of schools.”

I lived for a while in Foley House, which was kind of a co-op. We had these chore wheels, and we would have to do tasks like cook dinner for one another. We would sit down together just about every night and have smart, funny dinner conversations. It’s one thing to take classes in all these different disciplines, but it’s another to bounce ideas you learned in these classes off one another. To me, that’s where the magic happens.

I was kind of a theater nerd at Dartmouth. Spent most of my time in the Hop writing and/or rehearsing one play or another. The professors and staff in that department, especially Peter Hackett, taught me this stupefyingly simple thing: We all tell stories, we all listen to stories, but we usually don’t think about their raw ingredients—the nuts and bolts of how a story works.

In a roundabout way, my involvement with theater at Dartmouth set me on course for what I’m doing now. In my junior year, I worked on a production of Bertolt Brecht’s Life of Galileo for a class project, and we needed props. I had heard rumors of a room in the basement of Kresge Hall, sort of an urban legend, where there were all these weird scientific instruments. I learned that [Associate Professor of History]  Rich Kremer was in charge of it, and he brought me there. It’s still such a vivid memory: a locked secret room behind a pair of unmarked doors, like the warehouse scene from Indiana Jones.

Rich let me become his research assistant, helping him study that collection of historic scientific instruments. There was a weird-looking device called a Metron-O-Scope, which we eventually learned was a machine from the ’50s to help teach remedial reading classes. It would flash different parts of a sentence, sometimes completely curious phrases, such as “Strange Monkey Tricks,” which became the title of a video we produced. I became the world’s leading expert on the Metron-O-Scope—never mind that I didn’t have a lot of competition for that title.

I applied to a few playwriting grad schools and got rejected by all of them. It was 2008, and the economy was terrible. I didn’t know what I was going to do. Rich again helped me out. He suggested that I apply to Harvard’s history of science program. I applied with the full intention of dropping out after a year or two to pursue playwriting.

I arrived at Harvard and discovered that I loved science stories. I’d write them up and submit them to academic journals. But nobody wanted to publish them. So instead, I cold-emailed the only podcast I knew, Radiolab, and pitched them there. The executive producer rejected the first slew of ideas I suggested, but she asked me to pitch more. While I was working on my dissertation, I started hanging out at their offices at New York Public Radio more and more, until they finally decided that they might as well hire me. That was my first job out of grad school, and it’s the job I still have. I love it. I feel like the luckiest guy in the world. I wake up every morning looking for new stories. 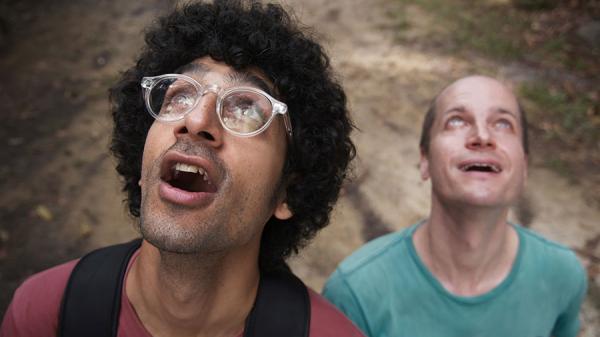 All of us are more curious than we think we are.

All of us are more curious than we think we are. It’s a matter of reminding yourself that there are big puzzles hiding in plain sight. Like, how do clouds weigh as much as a blue whale but they don’t fall down? If you stop and think about it for two seconds, you’re like, “Wait a second, that’s weird.” When you combine something mysterious with a good ripping yarn, a really good narrative, it’s magnetic. I can’t resist it.

Winning people over to science

It’s discouraging how many Americans are overly skeptical of—even hostile toward—science. Some of that is because of the way we teach and report on science in this country. There’s this authoritative aspect to it—for example, in high school you learn “These are the laws of physics.” And then it seems like every day on the news there’s some story about a tiny study showing that three mice got sick drinking diet soda, so you shouldn’t drink diet soda. It’s become this kind of arbitrary parental authority that takes away things we love. That’s not how you win people over. To me, it’s much more meaningful to plant a question in people, to seduce them with curiosity.

Some of the biggest and best questions aren’t going to be anywhere near solved in our lifetime. Are there aliens in other worlds? Why is subatomic physics so weird? What would it have been like to hang out with a Neanderthal? Scientists are going to keep chipping at them, and there’s something satisfying about that, even if we know we’re not going to come close to solving them.