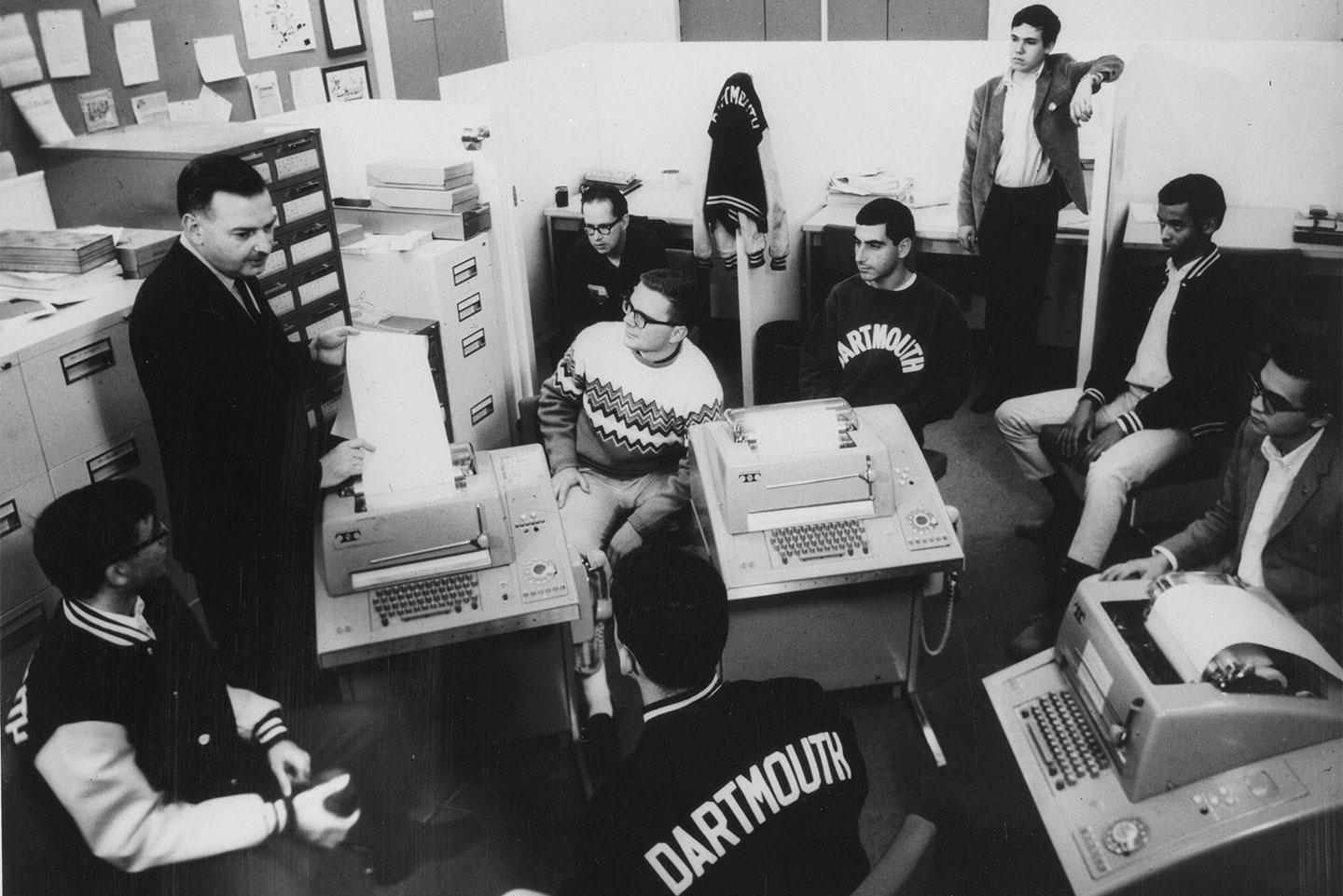 Inspired by the students who helped revolutionize personal computing more than half a century ago—and committed to maintaining Dartmouth’s technology leadership well into the future—the Class of 1971 is celebrating its 50th reunion by raising $5 million for the new Center for Engineering and Computer Science.

“Although Dartmouth didn’t have a computer science major when we were students, Dartmouth was laying the foundation for our modern computer world,” says Ron Harris ’71, a founder of Bloomberg LP and a member of the President’s Leadership Council, who has pledged $3 million to this initiative. 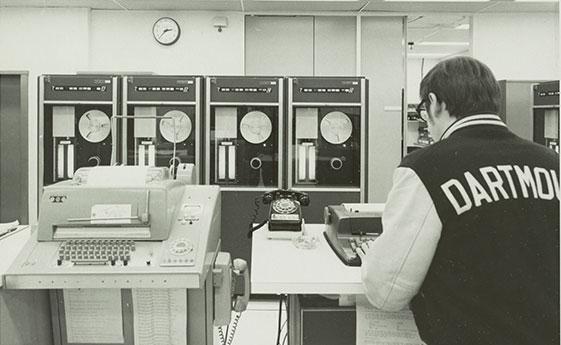 “We were pioneering BASIC, which Professors John Kemeny and Tom Kurtz invented, and the Dartmouth Time-Sharing System (DTSS), which made BASIC available throughout New England. When I say ‘we,’ I mean Dartmouth students. Students did the heavy lifting to code BASIC and DTSS. We got a priceless education, doing what President Hanlon calls experiential education. We graduated knowing we could invent new things because we already had.”

If the Class of ’71 realizes its fundraising ambition, the new building’s emerging technologies neighborhood will be named in honor of the class and will recognize the students who devoted countless hours to meticulously coding BASIC and DTSS. The neighborhood, where faculty from engineering and computer science will work side by side, will be a hotbed for developing and expanding a range of technologies.

Among its several elements, the neighborhood will include the digital arts lab, where students and faculty explore the blurring distinction between the physical and digital worlds. They will work at the intersection of art, design, and technology, helping advance discoveries in fields such as virtual reality, animation, and robotics.

Burgeoning interest from across campus

The $200 million Center for Engineering and Computer Science, scheduled to open in the fall of 2021, will foster collaboration among students and faculty from all majors to develop interdisciplinary solutions to some of the world’s most challenging issues. The 160,000-square-foot building will house the enhanced Department of Computer Science, the Magnuson Center for Entrepreneurship, Dartmouth’s electron microscope, and a significant expansion of Thayer School of Engineering.

Computer science and engineering are planning to add more than 40 faculty members in the coming years. When realized, the investments in faculty and facilities will enable all undergraduates to explore technology within Dartmouth’s undergraduate liberal arts curriculum.

“Kemeny and Kurtz knew students’ lives would be affected by ‘computation machines’ and encouraged students, like those in the Class of 1971, to know their capabilities and limitations,” says Elizabeth Smith, dean of the Faculty of Arts and Sciences. “Dartmouth’s investment in junior faculty in computer science today will ensure an infusion of fresh talent that honors the model advanced by Dartmouth with the cohort of hires led by the arrival of John Kemeny.”

“We are honored and grateful that the Class of ’71 has decided to support the next generation of technology leaders with their gift to fund the emerging technologies neighborhood in our new Center for Engineering and Computer Science,” says Abramson. “With the Tuck School of Business and the new Arthur L. Irving Institute for Energy and Society as our neighbors, this facility will transform the West End of Dartmouth’s campus into a highly creative, collaborative hub.”

The center will be the second-largest academic building on campus. Including the 340-vehicle parking garage underneath the academic spaces, it is the largest construction project in Dartmouth’s history.

Watch a time-lapse history of the center’s construction, and see weekly updates on the project.