From Campus Leader to Military Leader 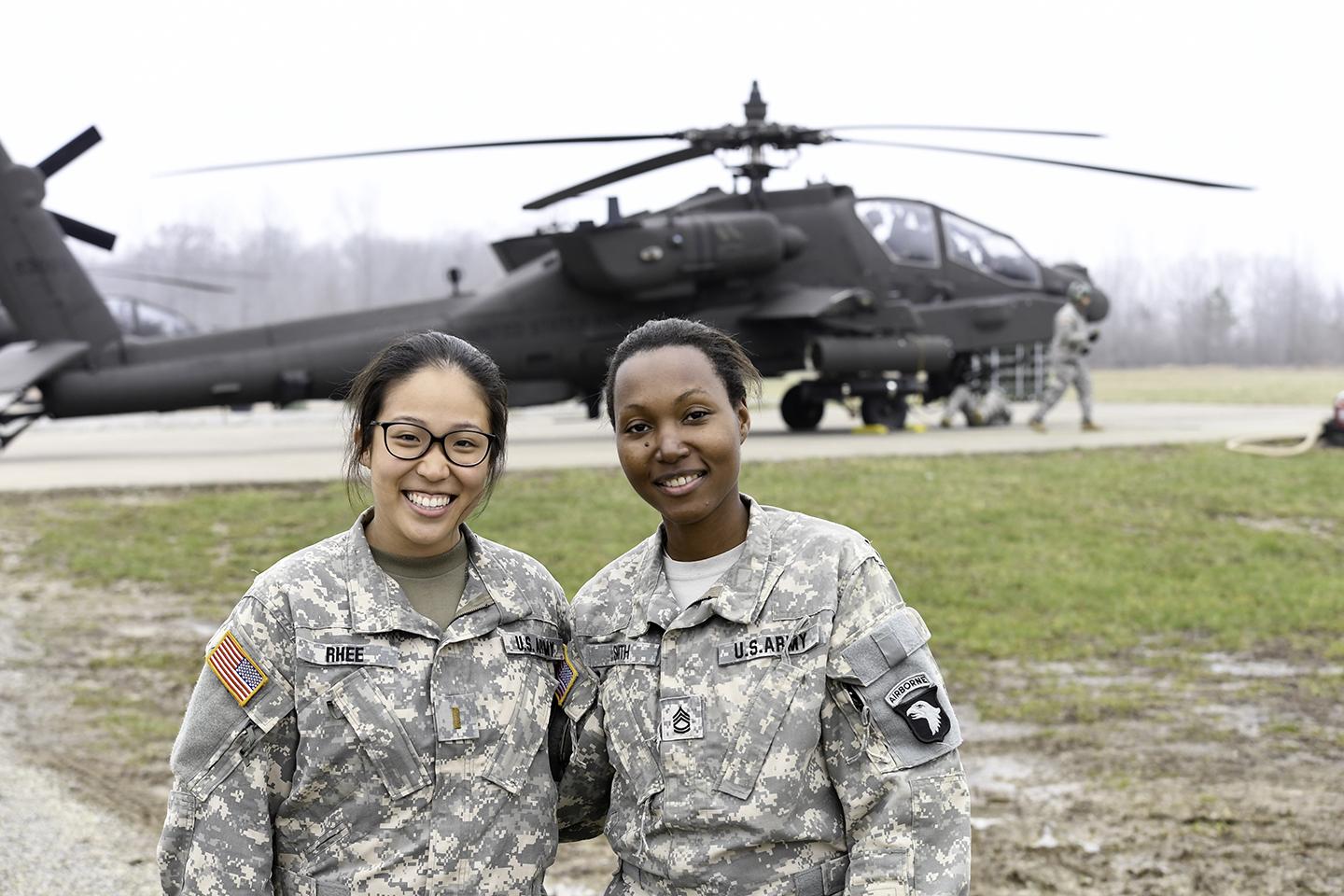 After graduation, U.S. Army Second Lieutenant Rachael S. Rhee ’16 joined a long and proud line of Dartmouth alumni in the military. Rhee’s interest in military service is a result of Dartmouth’s rich connection to the U.S. armed forces, its robust ROTC program, and concerted efforts at helping veterans continue their education.

“My first exposure to the Army was when I shadowed a Military Lab session, where the Cadets were conducting battle drills in the woods behind the Dartmouth-Hitchcock Medical Center. What grabbed my attention wasn’t the exercise, but what occurred afterward: an After Action Review (AAR),” says Rhee. During an AAR, military personnel discuss what was supposed to happen in an event, what actually happened, and how everyone can learn from the event and improve for the future. It is designed to develop leaders through immediate and constructive criticism.

“I learned that day that the reason AARs are conducted after each training event in such a frank and deliberate manner was for a simple reason: the stakes are too high not to. The cost of failure as an Army leader is not losing your job, but losing the life of a soldier, whether you directly influenced their safety or not,” says Rhee. “I was drawn to the challenge of a purposeful organization and the rigorous self-examination it demanded of its leaders.”

As a distribution platoon leader, Rhee leads a logistics platoon of 51 soldiers for a squadron of Apache helicopters, coordinating their refueling and rearming operations and setting up Forward Area Refueling and Rearming Points (FARP). She tracks current fuel and ammunition numbers and creates future projections for how much fuel and ammunition will be required in the next 24 to 48 hours and beyond. “I love my job,” says Rhee. “I love leading and working with soldiers and being in the world of aviation.”

The computer science and English double-major credits an unlikely part of her Dartmouth education with helping prepare her for a career in the Army. “I took a class on John Milton’s Paradise Lost in my sophomore year with Professor Thomas H. Luxon. We explored the incredibly complex interplay of human emotion, logic, desire, and love in what Milton imagined to be the drama of the Fall,” she says. “I still think about the passages that grabbed our attention in that class, and how despite the uniforms, doctrine, and rank structures, we are all still people. The Army, more than anything else, is an organization of people. The same issues that occupied the minds of Milton’s Adam and Eve still occupy our minds today. Leadership is about more than fulfilling the mission. More often than not, it’s about understanding people.”

Rhee will be deployed for the first time later this summer, but she knows she’s well prepared for the challenges she will face, both from the last year she’s spent in the Army and from her time at Dartmouth and in the ROTC. “The Dartmouth Army ROTC Program taught me servant leadership. You are there to serve others, whether they appreciate it or not. You are there to lead, sometimes at the expense of yourself,” she says. “Despite the tireless efforts of the Dartmouth ROTC Program leaders, I haven’t been perfect. I’ve failed, learned from my mistakes, and failed again. But assuming my duties with the knowledge of and the deep belief in my purpose has made all the difference. It made me stronger for when the time comes to make tough calls.”