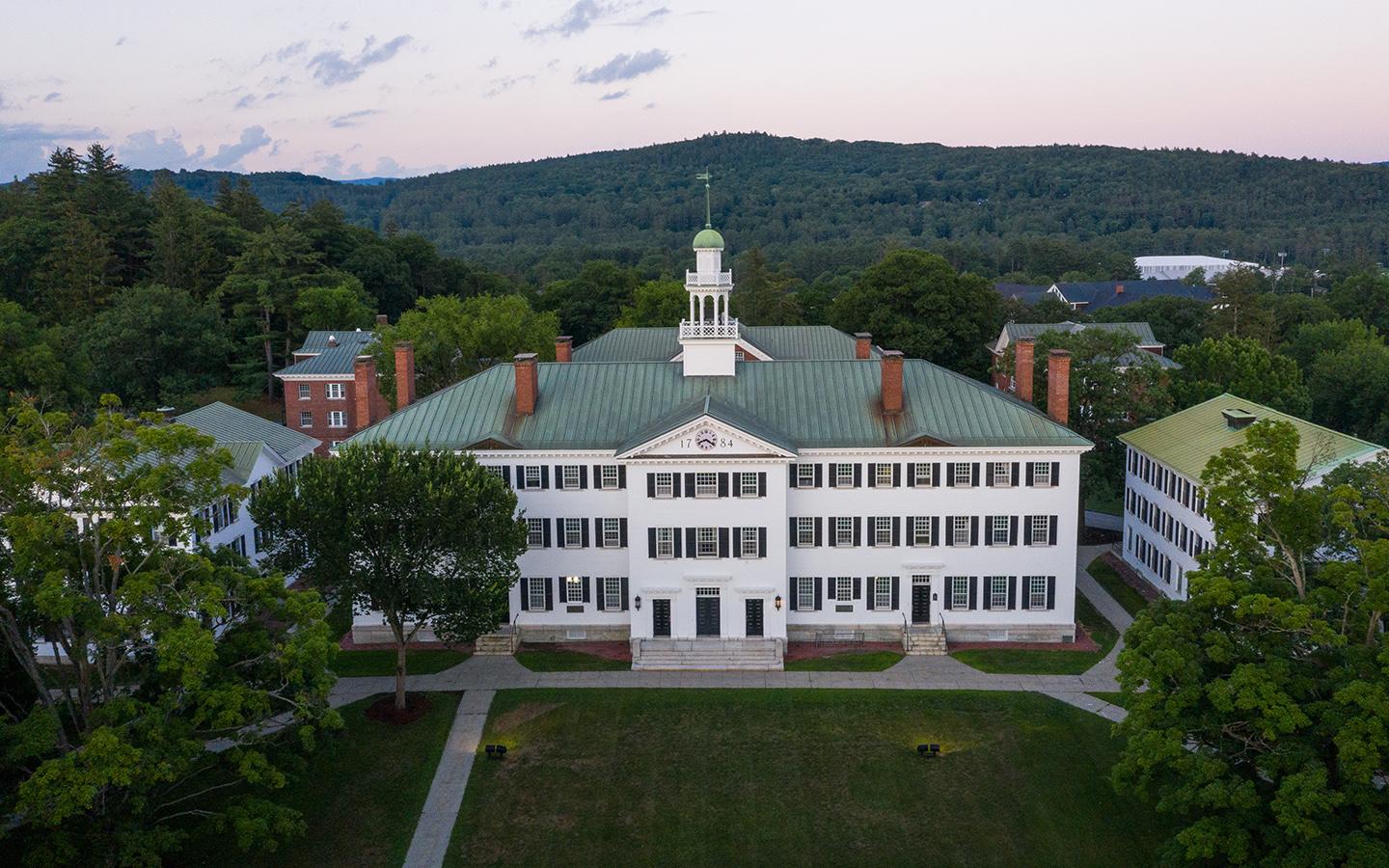 Dartmouth women have once again set a new bar for alumnae philanthropy, meeting a challenge that is providing a $1 million gift to a scholarship while also extending a grassroots initiative that has funded $25 million toward the renovation of Dartmouth Hall and inspired thousands of donors.

The participation-based effort within The Call to Lead campaign is at the forefront of an emerging national trend in charitable giving.

In November 2020, an anonymous alumna challenger pledged to donate $1 million to the Dartmouth Hall 250th Anniversary Alumnae Scholarship Fund if a total of 2,500 donors pledged to make a gift to the initiative by May 1. Donors met the goal with nearly a month to spare, raising $477,000, for a total of more than $1.47 million to expand access and affordability.

“The overwhelming response to this challenge is both a testament to what Dartmouth women can achieve when we come together and a powerful message for everyone who will come after us,” says trustee and Campaign Executive Committee member Beth Cogan Fascitelli ’80, a leader of the initiative. “Beyond the immediate results, I believe the legacy of this project is its example. Women at Dartmouth, but also in other institutions and communities, now have a proven formula for working together to make positive change.”

As reported in The New York Times and elsewhere, Dartmouth alumnae are establishing a new standard for alumnae-led philanthropy in higher education. Early during The Call to Lead campaign, Dartmouth women established the Centennial Circle of Dartmouth Alumnae, honoring women who have made financial aid gifts of $100,000 or more; 276 women have joined so far.

Dartmouth also established a goal of 100 women making gifts of at least $1 million through The Call to Lead, up from a total of four in the previous campaign. To date, 88 women have made gifts of that size.

In 2019, a group of alumnae leaders identified the planned renovation of Dartmouth Hall as a multigenerational campaign initiative that would inspire women donors at all giving levels to participate. The renovation project, begun in January of this year and scheduled for completion in the fall of 2022, is preserving the building’s iconic exterior, enhancing classrooms, improving energy efficiency, and ensuring full accessibility.

“It is fitting that the renovated Dartmouth Hall will reopen next year in parallel with the 50th anniversary of coeducation,” says Fascitelli. “This project has brought together women from across Dartmouth generations. It has reconnected old friends and introduced us to many new ones. As a result, Dartmouth alumnae are more committed, more organized, and more confident in our ability to advance Dartmouth’s mission in the next 50 years.”

The alumnae-led initiative to secure $25 million in gifts and commitments for the renovation project met its goal last year. Building on the momentum of that success is what led organizers to establish the Dartmouth Hall 250th Anniversary Alumnae Scholarship Fund, providing an opportunity for the initiative to focus on access and affordability.

Gifts Through 2021—and What’s Next

Although the challenge has been met, Caroline Hribar ’00, a member of the Campaign Executive Committee, says all donors who support the scholarship fund by December 31, 2021, will be included on the Dartmouth Hall donor-recognition wall.

“The goal has always been inclusivity. We want every Dartmouth woman to be inspired to participate,” says Hribar. “The nice parallel is in the renovation of the building itself. While Dartmouth Hall in many ways is the literal and figurative heart of the campus, it hasn’t been particularly accessible, and this project is changing that. One of the main goals of the renovation is to make the building more inclusive.”

Hribar hopes alumnae will continue to take on other initiatives in the future and build on the groundbreaking successes they’ve already had.

“We don't know what our next project will be,” she says. “Now that we know what a powerful philanthropic force Dartmouth women are, I’m sure it will be big.”