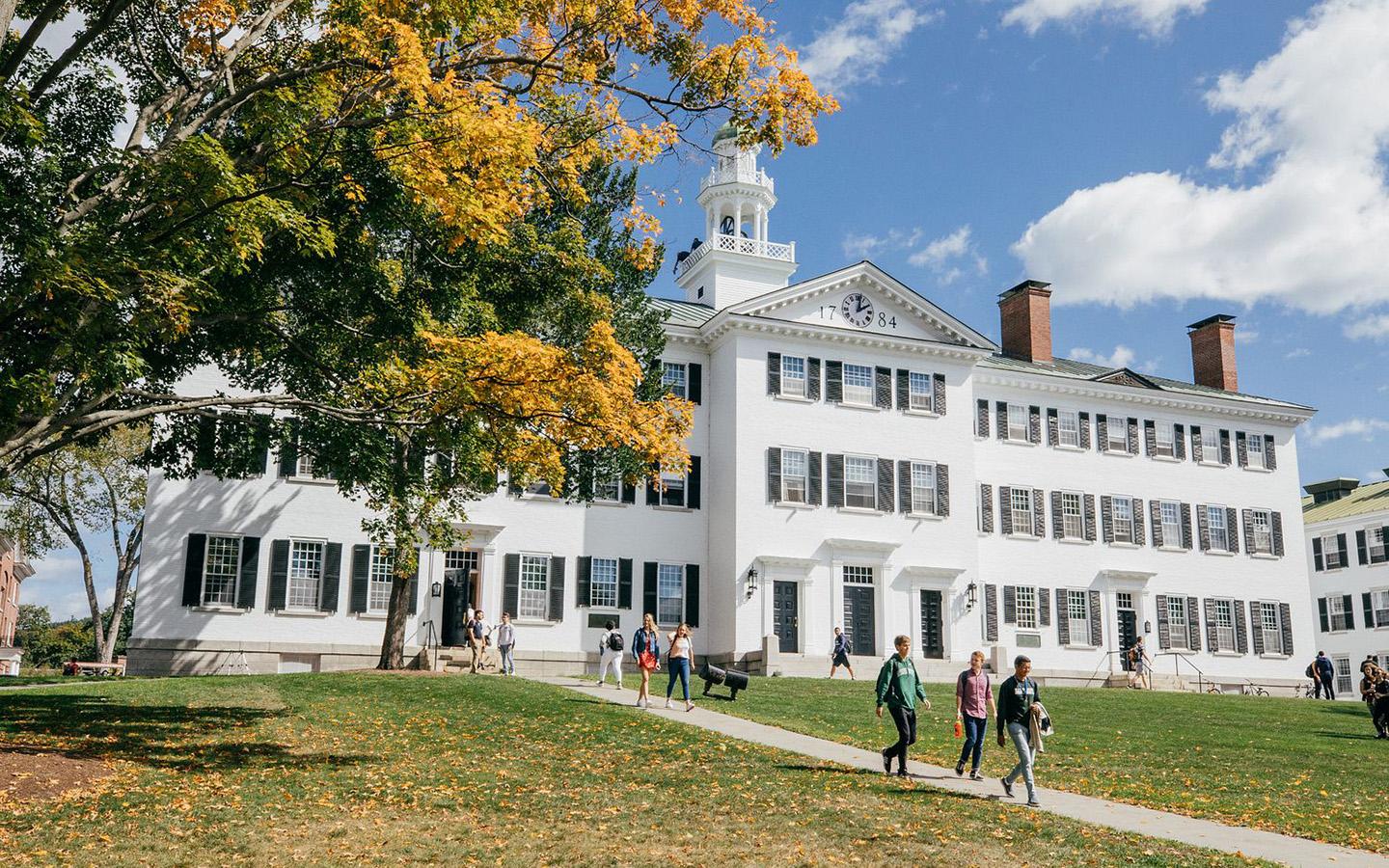 On the cusp of the 50th anniversary of coeducation at Dartmouth, alumnae-led fundraising initiatives have made U.S. philanthropic history: 103 women have each made a gift of $1 million or more to The Call to Lead campaign, strengthening Dartmouth’s position as a leading national model for women’s philanthropy.

These 103 women have made a total of $379 million in campaign commitments and another $61 million in bequest expectancies toward a range of campaign priorities in all five schools of the university. The areas of support are diverse and far-reaching and include endowed scholarships, professorships, coaching positions, academic programs, and capital projects.

The campaign goal to inspire 100 alumnae leadership gifts to support College priorities was established at the outset of The Call to Lead, reflecting significant trends underway at Dartmouth: Women represent more than a third of the alumni body, have taken on leadership positions in their communities and at Dartmouth, and are playing a greater role in the charitable direction of their wealth.

“As a first-generation student on financial aid at Dartmouth, I never imagined being able to contribute at this level. But Dartmouth changed my life in ways I could never have predicted and helped prepare me for a successful career and fulfilling life,” says Karen Francis DeGolia ’84, one of the alumnae who made the achievement possible. “This is a heartfelt expression of gratitude for the friends, education, and achievements that have resulted from my Dartmouth experience. I applaud all the women who have made this breathtaking accomplishment a reality and am so proud to be a part of this group.”

This achievement marks the culmination of a seven-year initiative—conceived and led entirely by volunteer women graduates—to gather alumnae together and advance an ambitious vision for the College as part of the campaign. It is one of the largest-ever comprehensive philanthropic efforts by alumnae in higher education.

Encouraging 100 Dartmouth women to make gifts of $1 million or more was one of three successful alumnae-led initiatives in Dartmouth’s Call to Lead campaign to engage women of all class years and giving capacities. The other two goals were:

“We approached our fellow alumnae with an invitation to build on the best of Dartmouth,” says Elizabeth Cahill Lempres ’83 TH’84, chair of the Dartmouth Board of Trustees. “With their ideas, their service, and their generous gifts, Dartmouth women want students today and tomorrow to know that we are deeply invested in their success.”

The meteoric rise of Dartmouth women’s philanthropic leadership was not by accident; rather, it was a concerted effort to help raise the sights of alumnae to have a significant impact on Dartmouth’s future.

“The Call to Lead campaign is about setting the course for the future of Dartmouth. We alumnae have taken the call to lead seriously and stepped forward to make a difference,” says Beth Cogan Fascitelli ’80, a Dartmouth trustee and one of the organizers of the three initiatives. “We’ve learned an enormous amount from each other along the way.”

“Fifty years ago, after the decision was made to admit women, many men expressed concern that women didn’t understand philanthropy and had neither the inclination nor the means to give back,” says Peggy Epstein Tanner ’79, another organizer and a co-chair of the campaign. “But no one should ever doubt the tenacity and power of Dartmouth women. Look how far we’ve come. In our previous campaign, only four women made gifts of $1 million or more, and no one thought to ask alumnae to take the lead on a project like Dartmouth Hall or to step up to support financial aid through the DCF. I credit my peers for their creativity and persistence in imagining a new approach that has brought us to this exciting moment.”

As Dartmouth prepares to mark the 50th anniversary of coeducation in 2022, this philanthropic success reflects alumnae leadership in all facets of Dartmouth’s operations. Women today account for half of the Board of Trustees, 52 percent of all advisory board membership, and gender equity across all volunteer leadership roles in The Call to Lead campaign. Their achievements have positioned them as pioneers in U.S. higher education.

“Dartmouth women continue to demonstrate powerfully that when they’re engaged in philanthropy in ways that appeal to them and come together as a community to support a cause about which they care passionately, great things happen,” says Andrea Pactor, former associate director of the Women’s Philanthropy Institute at the Indiana University Lilly Family School of Philanthropy.

“This latest achievement, with 100 women making gifts of $1 million or more each, is a tribute to Dartmouth’s intentional approach of engaging women as often as men as donors. Many peer institutions across the country are looking to Dartmouth to better understand how to partner with alumnae leaders to fulfill the mission of their organizations.”

A focus on community and cumulative impact

Through each of these initiatives, alumnae leaders have prioritized the indelible value of participation, community-building, and cumulative impact, an emphasis highlighted by the promise to feature the name of every contributor on the Dartmouth Hall renovation project donor wall, no matter the size of the gift. Members of the community who want to be part of the Dartmouth Hall project and the related scholarship fund—and have their name on the donor wall—have until December 31, 2021, to make a gift.

There is no deadline, however, for alumnae who want to join the roll of million-dollar donors or become members of the Centennial Circle.

“I want to thank the thousands of women who have participated in one or more of these initiatives,” says President Philip J. Hanlon ’77. “Not only have you inspired future generations of Dartmouth alumnae through your example, you have modelled what’s possible for organizations and institutions across the nation.”